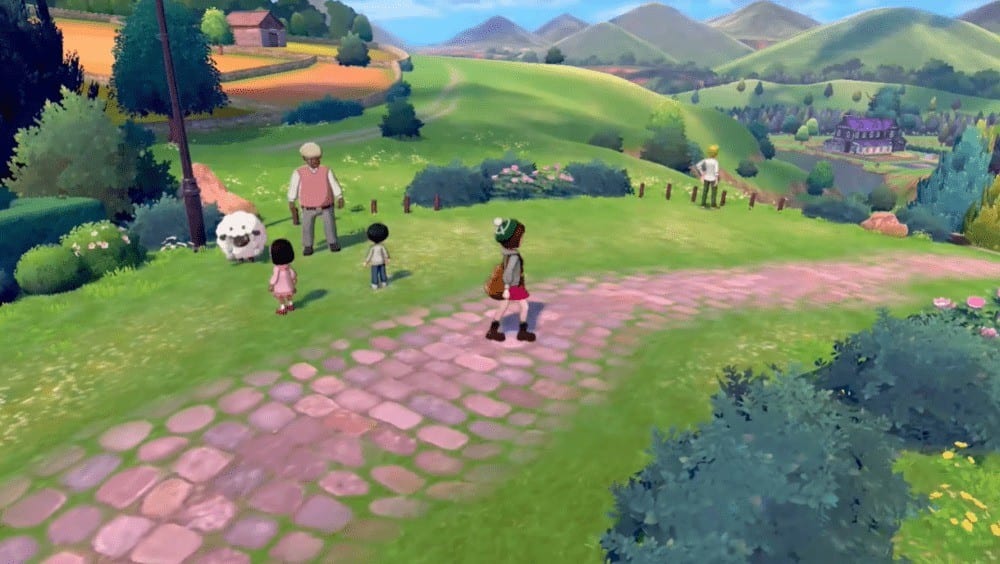 New Pokémon Sword and Shield gameplay footage of a quaint rural Galar town has been revealed by Nintendo UK today. We’re given a tour with commentary from Game Freak director Shigeru Ohmori.

Ohmori begins by apoligizing for the game’s absence at Gamescom 2019, but he hopes to make up for it with the reveal of today’s new footage.

We get to see the town’s various points of interest, including the a Pokemon Research Lab, home to Professor Magnolio, who researches the ‘Dynamix phenomenon.’

Elsewhere, we get to see a decent look at the railway station, which is an alternate form of transport in the game to the Flying Taxi service. And the Pokemon Center makes an appearance, too, which has a difference design to others in the game.

The town also features a grocery store where players can purchase clothes and various produce, according to Ohmori.

It’s really nice to see that you’ll be able to view landmarks across the game’s world map from the town’s themselves, which gives everything a grand sense of scale.

Check the footage out for yourself below:

For more Sword and Sheild gameplay footage, check out its latest trailer showcasing abilities, items, and more. Or you can read about the game’s online modes and review some screenshots here.