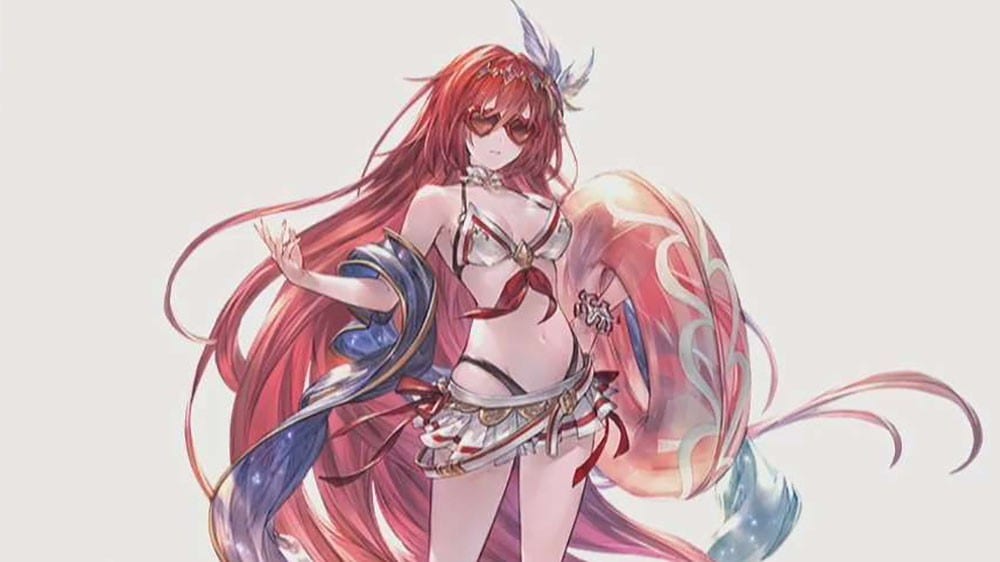 Today Cygames hosted its traditional summer broadcast dedicated to the Granblue Fantasy franchise and provided plenty of interesting info on the future plans for the popular mobile game.

First of all, the upcoming characters for the summer, sporting bikini and yukata are Alexiel, Cassius, and Leona, plus a bikini Rosetta summon. Tien and Feower are also getting summer skins.

More side stories are coming on August 4 and August 8, while chapter 127 and 128 of the main story will come on August 22. Xeno Corow Clash gets the addition of a gun. The Together in Song event will also be rerun on September 12.

Limited series characters will start getting their uncaps in September, starting with Katalina.

We also get to see the Tormentor EX2 class, with a new class coming before the end of the year. It’s called “Rising Force” but no image was showcased for now.

Raids like Prometheus, Ca Ong, and more will have their player count increased to 18 and will drop new weapons.

Another Love Live collaboration is coming in August, showing Rin Hoshizora, Hanayo Koizumi, and Maki Nishino. The third-year girls will be showcased at a later date.

Job skin color options are also being designed, and you can see a few examples in the gallery. It’ll even be possible to change your main character to other characters, including their voice. Speaking of skins, we see more for Zeta and Gawain.

As a bonus, we get the new trailer of the second season of the anime, which will debut in Japan on October 4.

If you want to read more about Granblue Fantasy, you can check out our recent interview with Game Director Tetsuya Fukuhara.

Granblue Fantasy is available for iOS, Android, and PC via browsers. If you want to give it try, you can read my detailed guide on how to create an account, install the game, and play in English.

Incidentally, today we also got the release date of Granblue Fantasy Versus, alongside more details on the RPG mode, and a better idea on when we’ll hear more about Granblue Fantasy Relink.