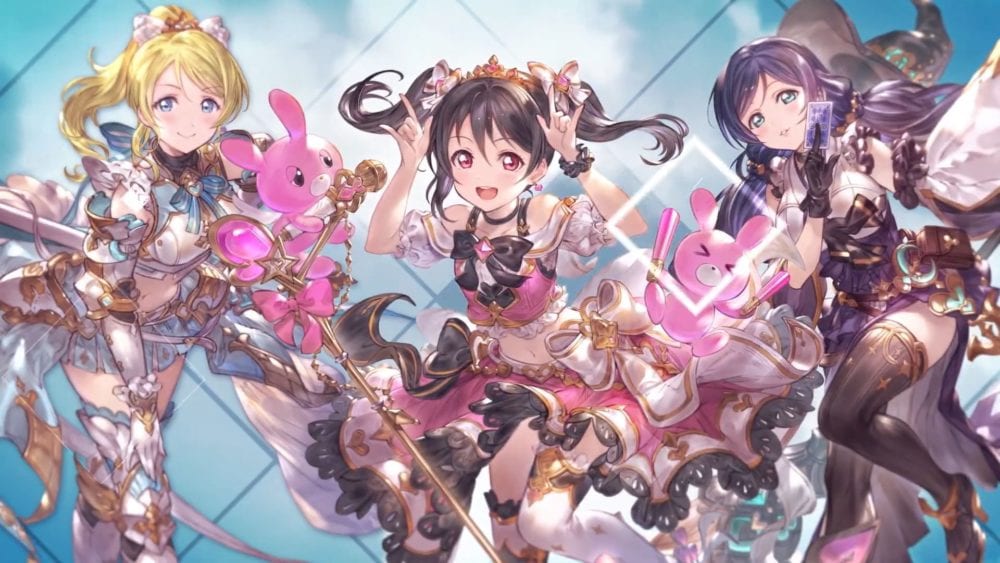 Collaborations with the popular anime franchise Love Live! have become a mainstay for the summer in the popular mobile game Granblue Fantasy,  and this year isn’ an exception.

Today the event was launched in the game, and it’ll remain available until August 24, providing a chance at some of the fan-favorite characters from the school idol franchise.

In order to celebrate, Cygames released a new commercial showing the nine girls belonging to the super-popular μ’s idol group, including the third-years who had been teased but not revealed at the summer livestream. We get to see Nico Yazawa, Nozomi Toujou, and Eri Ayase in all their glory, masterfully rendered by Hideo Minaba and his team.

You can check out the commercial below.

If you want to read more about Granblue Fantasy, you can check out our recent interview with Game Director Tetsuya Fukuhara.

Granblue Fantasy is available for iOS, Android, and PC via browsers. If you want to give it try, you can read my detailed guide on how to create an account, install the game, and play in English.

Incidentally, recently we also got the release date of Granblue Fantasy Versus for PS4, alongside more details on the RPG mode, and a better idea on when we’ll hear more about Granblue Fantasy Relink.