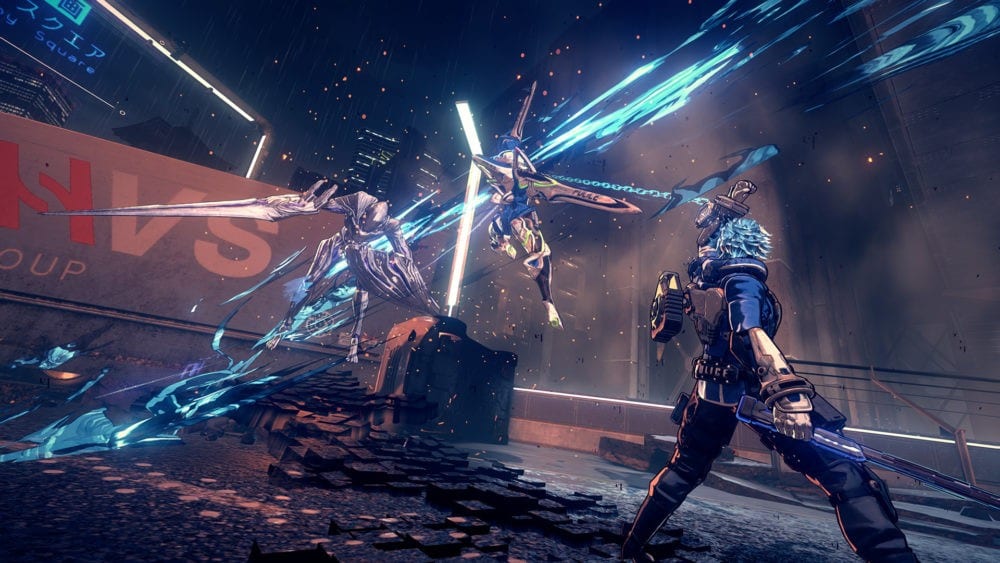 Ten days out from its launch, Astral Chain is being shown off at Gamescom 2019 courtesy of Nintendo, and the game looks absolutely stunning in this latest, lengthy gameplay presentation.

Supported by commentary from Platinum Games director Takahisa Taura, we get to see an unseen area, new enemies, and what it looks like traversing the astral plane.

We hear from Taura that the astral plane was actually developed after the initial conceptualization of the game after the team decided they wanted to add more depth to the experience by showcasing this alternate dimension.

The inspiration for the plane’s aesthetic was to keep the Plane’s design simple, which was as a result of making it easy to design but is also linked to the backstory of the dimension.

For those not in the know, Astral Chain is an action-adventure title that puts you in control of a special task force officer called a neuron. Neuron’s are able to summon beings called Legion to aid you them in combat, connected to them by a special ‘chain.’

Check out the latest gameplay presentation for yourself below:

Astral Chain releases Aug. 30 exclusively on Nintendo Switch. Twinfinite was highly impressed by the game after playing its first ten or so hours recently.

If you’re keen to see more of the game, check out the latest batch of screenshots and videos released late last week.