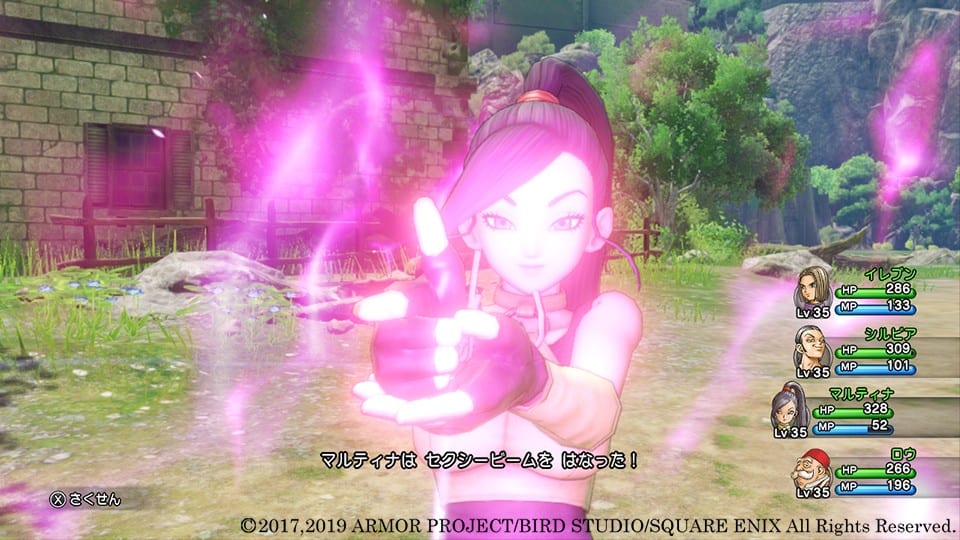 The screenshots feature more elements that are exclusive to the new release.

That includes the ability to change camera mode even during battles. Voice banter happen during battles when launching attacks or when taking damage. There is even dialogue during co-op attacks.

That will cause all the members of the party to randomly get embarrassed and lose a turn, instead of it happening only to the main hero like in the normal Shypox option.

If you’re not familiar with the Draconian Quest, it’s a set of handicaps you can give yourself to make the game more challenging.

If you’d like to see more, you can also enjoy the most recent trailer, a previous gallery of screenshots, more gamplay footage, a trailer showcased during Square Enix’s E3 presentation, and quite a lot of gameplay showing once more the features exclusive to Nintendo Switch, and the previous batch of screenshots showing the stories dedicated to the other members of the party.