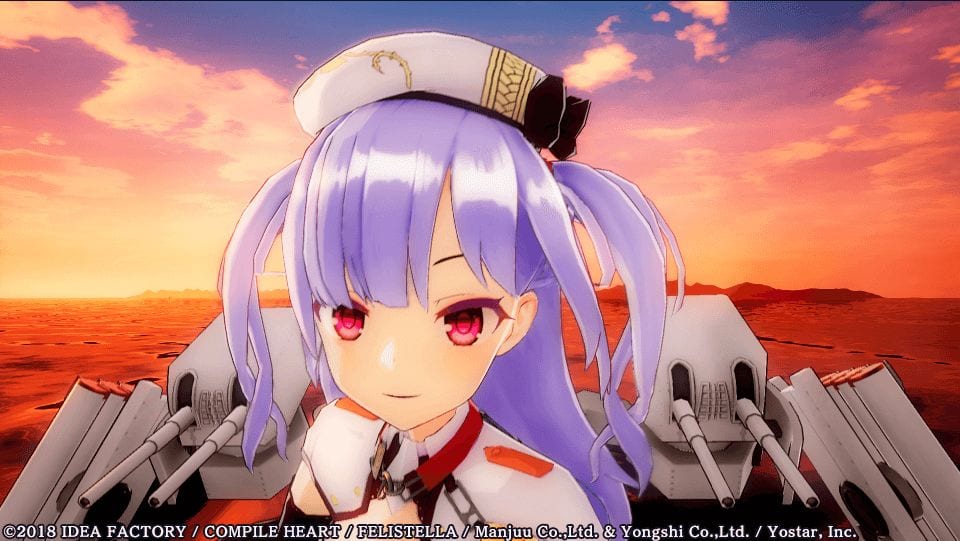 While most of the story segments we have seen so far featured shipgirls from the Sakura Empire, this time around our new protagonists Suruga and Shimakaze (accompanied by Kongou) meet some Royal Navy shipgirls at the airport. We get to see fan-favorite Belfast, Ajax, and Unicorn.

As usual, the video includes a spoiler warning, but if you don’t understand Japanese you’re quite safe.

Considering how much of the game Compile Heart is showing before launch, I have to wonder just how big it is.

If you want to see more gameplay, you should definitely check out a video showing a battle released last week, and two more videos, showcasing both normal and hard mode, on top of some more story.