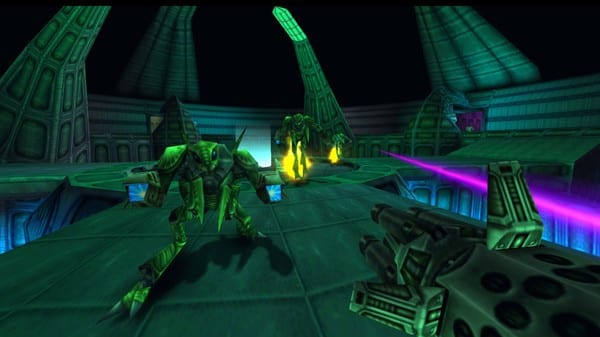 Nintendo announced today that Turok 2: Seeds of Evil will be headed to the Switch via the Nintendo E-Shop on Aug 9.

This is a sequel to the remastered version of Turok that released on Nintendo Switch in May of 2019 and originally on Nintendo 64 consoles back in 1997.

This remastered edition of Turok 2 will give new players a chance to experience the game that was popularized back in 1998 for its dinosaur hunting combat and first-person shooter gunplay.

Not only will the game be available on the Nintendo Switch E-Shop for $19.99, but it will also be getting a limited print run of physical copies as well.

The original Turok 2: Seeds of Evil featured a single-player campaign that contained six different levels and a popular multiplayer mode that put players against each other with a wide variety of weapons.

However, one of those features in the original Turok 2: Seeds of Evil, the split-screen multiplayer, seems to have been left out of the Switch version altogether as the game is listed only as a single-player game on Nintendo’s website. This is unfortunate for fans that were hoping to relive the nostalgic days of taking on their friends in Turok 2.

Although Turok 2: Seeds of Evil will be lacking the once praised multiplayer mode, the game is still a welcomed addition to the legacy of Turok who has been missing from consoles since the Turok reboot back in 2008.

Turok has had a revival in recent months with these two remasters coming to Switch, as well as a reboot in a brand new style on Steam with Turok: Escape From Lost Valley.

The franchise that was once silent and waiting in the wings is now up front and center as Nintendo begins to put out the classics that made the game so popular in the first place.

Be sure to download Turok 2: Seeds of Evil on the Nintendo E-Shop on Aug. 9.