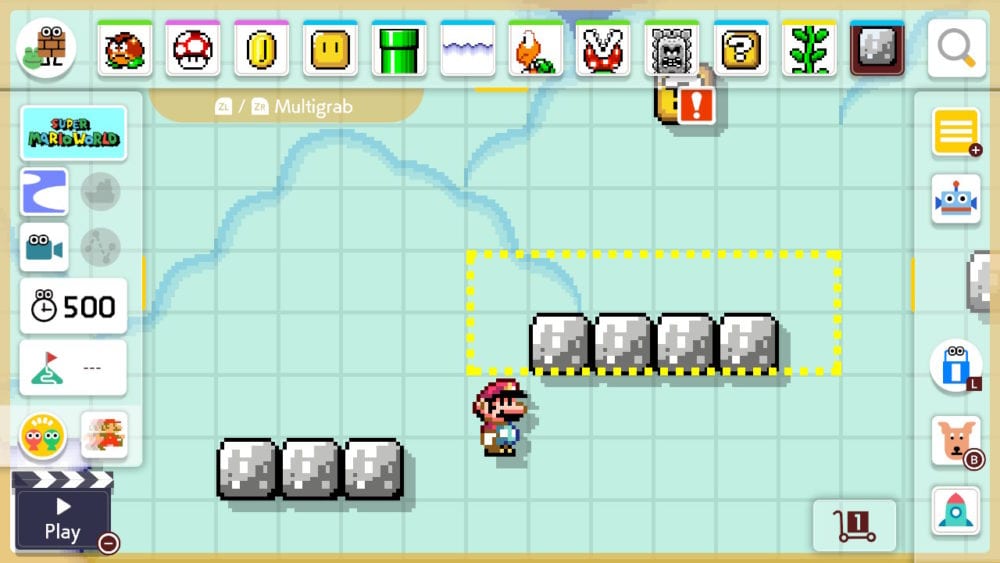 Coming off the heels with the release of Super Mario Maker 2, a level creator by the name of Claptrap9 has taken it upon themselves to make a near 1:1 replica of the game within Little Big Planet 3.

In the video featured below, posted by the YouTube channel Ayee, the Mario Maker inspired level is shown off in full display with its impressive set of creation tools, popular enemies, and familiar obstacles for fans to use.

This remake of Super Mario Maker 2 allows you to create levels using the Super Mario Brothers aesthetic, complete with terrain swaps and even popular Mario songs.

Some of the most requested features that made their way into the real Super Mario Maker 2 have also found their way into this faithful recreation. Elements such as the angry sun, icicles and even slopes are part of this impressive remake.

However, for those that are planning on using this level as their replacement for buying Super Mario Maker 2 may want to reconsider. Although the level may look like a 1:1 replica, there are certain features that aren’t quite exactly the same.

Things such as the overall physics, lack of certain creation tools and the inability to switch between versions of Mario will make it feel like a far less superior version compared to what Nintendo is offering.

With Media Molecule’s latest game creation game, Dreams, officially launching later this year, the fact that fans are still pouring their time and effort into Little Big Planet 3 is a testament to longevity that the franchise has.

Providing the ability to make games for people who can not do so on their own opens up the narrow corridor of game development to those who have big imaginations but no coding background. Games like Super Mario Maker, Little Big Planet and Dreams allow players to get their feet wet when it comes to creating experiences for others.