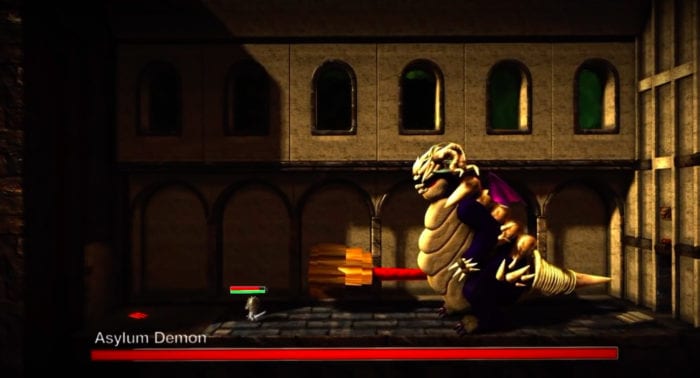 Reddit user Catapultatoe is a fan of Dark Souls, as well as LittleBigPlanet 3. So, what better way to show his passion for both games than by recreating the beginning level of Dark Souls in the sack-filled universe?

After one month of hard work, he finally managed to recreate the Undead Asylum in LittleBigPlanet 3, complete with the Asylum Demon boss fight, the appearance of Oscar the knight, and he even included the appearance of a terrifying Black Knight, because why not? You can check out a demo video of the level down below.

While the recreation of the Undead Asylum isn’t 100% faithful to the original level in Dark Souls, it does come pretty close. The level is also full of shortcuts and hidden walls – a nice touch. Your Sackboy will also get to use Estus Flasks to heal up, and yes, stamina management is very much a thing in this recreated level too.

You can check out the level’s page at the official LittleBigPlanet 3 site.

Now we just need someone to recreate Anor Londo…