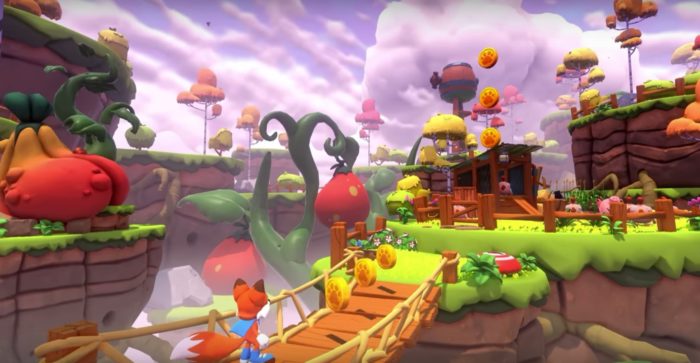 Everyone’s favorite VR fox is back! New Super Lucky’s Tale, headed to Nintendo Switch, got its second trailer today showing off some of the levels and enemies that Lucky will be facing as he makes his way to the console this fall.

Super Lucky’s Tale is a title that prides itself on being a love letter to 3D platformers of the past. It takes heavy inspiration from games like Banjo Kazooie and Mario 64 with many puzzles and secrets to unlock.

Although the game was met with mixed reviews when it originally launched, this version of the game looks to improve on its flaws and add more elements to the game to keep players interested until the end.

Releasing exclusively on the Nintendo Switch, New Super Lucky’s Tale will give owners of the Switch console a chance to play a game that took a majority of its inspiration from Nintendo franchises.

The trailer below shows off the enemies, levels, items, and bosses that Lucky will encounter as he attempts to defeat the evil cat Jinx one more time.

Lucky’s Tale is a franchise that has found a home on several different devices and consoles since its initial launch back in 2016 on the Oculus Rift. It was praised for its amazing combination of blending a 3D platformer with virtual reality, but the game’s main flaw was that it was hidden behind the massive cost of hardware required to play VR games.

As Lucky has been able to remove himself from the headset and find a new home on the Nintendo Switch console, more people are able to enjoy the world that developer Playful Studios has created, breathing new life into an old genre that was seemingly lost to time.

Check out New Super Lucky’s Tale when it launches on Nintendo Switch on Nov. 8.