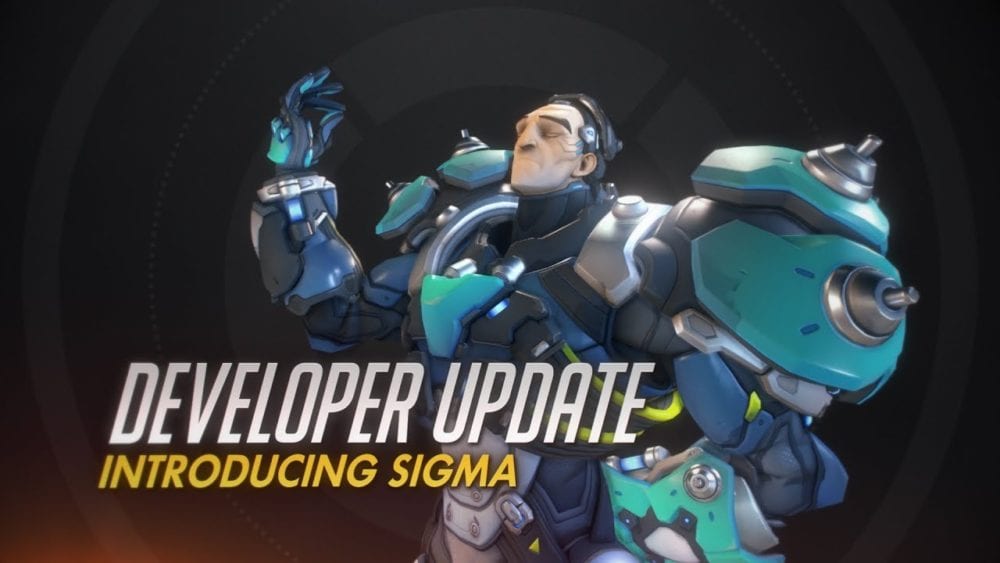 Blizzard’s latest Overwatch developer update has properly detailed its latest character, Sigma, having previously announced him for the first time yesterday. It turns out he’s a 62-year-old tank from the Netherlands that can harness the power of gravity to devastating effect.

The backstory goes that Siebren de Kuiper is an astrophysicist who suffered “serious psychological damage” during an experiment gone wrong. With his sanity in question, Sigma was imprisoned by the government but later freed by the terrorist group Talon. His powers have since made a useful weapon.

So about those powers; Sigma has several unique abilities related to gravity, and they look like a bunch of fun to use.

His “gravitic charges” can be strategically aimed to bounce off hard surfaces before hitting enemies, while the Accretion ability can turn random objects into weapons as Sigma uses gravity to pick up debris to knock opponents backward.

Defensive abilities include an Experimental Barrier for protecting, and the Kinetic Grasp, which turns enemy projectiles into shields.

Sigma’s ultimate ability, Gravitic Flux, lifts any nearby enemy skyward before slamming them into the ground for damage.

PC players can go and try Sigma out right now on the PTR servers, while console players will have to wait for the full release expected over the next couple of weeks.

You can check out the dev update for yourself below, which has some extensive footage of Sigma in action: