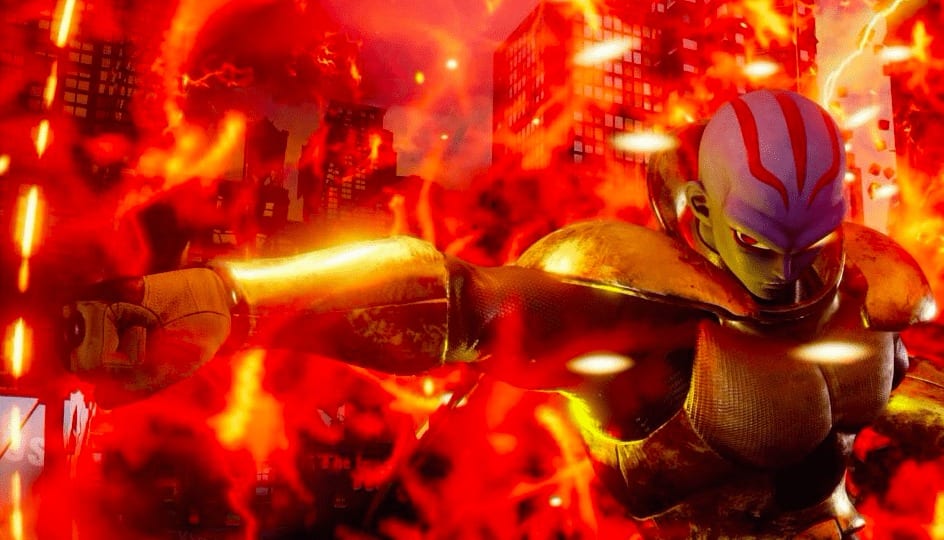 Jump Force’s original villain Kane is the latest addition to its roster, and a new trailer gives players a glimpse of how the might-loving brawler plays.

Streamed by Bandai Namco Entertainment on YouTube on July 22, the trailer sees Kane delivering a wide array of attacks and combos from a number of angles and directions.

Some are straight-forward, hammering the opponent with heavy blows directly, while others offer different variations on attacks that mix low-kicks, high punches and downward strikes from the air.

Many of these attacks see him homing in on his opponent too, keeping the pressure on even after they’ve managed to create some space and try to mount a counter-offensive.

This is in addition to his super attack, which sees the space conquerer fill a wide area with a powerful blast wave meant to decimate an opponent’s health in no time flat.

And that’s just covering the technical side of his moves. Aesthetically, Kane’s moves are just as flashy as any other member of the roster’s, ensuring he’ll provide a good show for members of a match and viewers alike.

The full teaser trailer can be viewed down below. Jump Force fans who purchased the season pass for the game can download Kane now free of charge, while those who didn’t can purchase him for $3.99.

Released worldwide on Feb. 15, 2019, Jump Force has seen several other new characters added to its roster as DLC since its release, including Seto Kaiba from Yu-Gi-Oh!, All Might from My Hero Academia and Biscuit Krueger from Hunter X Hunter.

Though it isn’t confirmed how many more DLC characters will be added to the roster, the game did receive a DLC road map a few months back which can be viewed here.

Jump Force is currently available on PlayStation 4, Xbox One and PC. For more on the game, check out our full review.