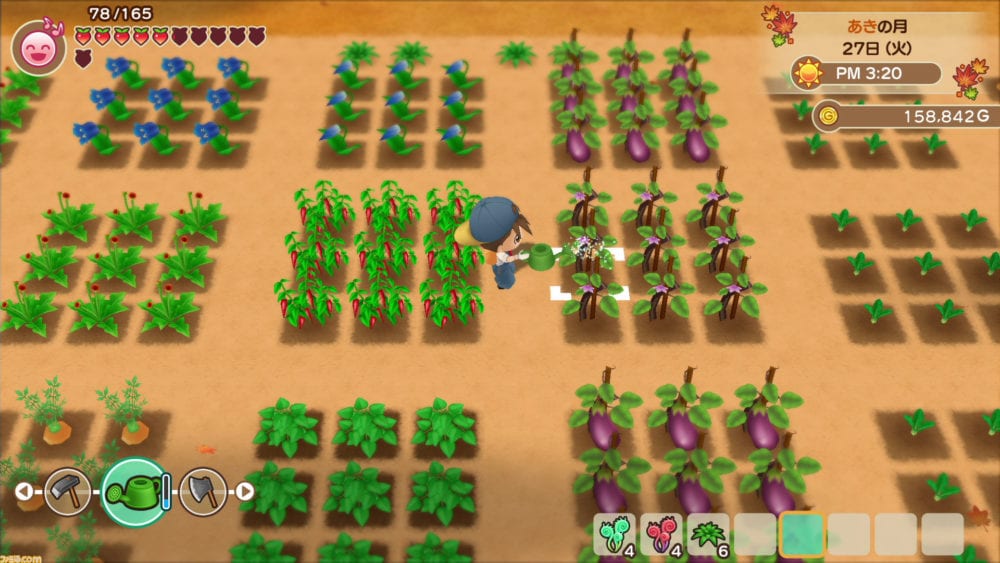 We announced a few days ago that Story of Seasons: Friends of Mineral Town, known in Japan as Bokujo Monogatari, had been announced for the Nintendo Switch and it’s scheduled to be released worldwide. The only confirmed release date, as of now, is for Japan, where it’s scheduled for release on the Oct. 17, 2019.

Marvelous Games has today revealed more information about the upcoming game and showcased some gameplay footage.

The game is another title in the farming/life simulation genre and bares similarity to another other well-known franchise, Animal Crossing. Formerly known as Harvest Moon, Story of Seasons: Friends of Mineral Town will be making its first leap onto the Nintendo Switch platform and with it comes all the charm and grace that it gave to people when it was originally published back in 2003.

Friends of Mineral Town was a title for the Game Boy Advance and its popularity has remained throughout the years, leading to this re-imagining of the original. Below, you can find the first trailer that has been made available to view.

It promises hours of gameplay with its life-sim aspects, such as growing crops, taking care of animals, and building relationships with your fellow villagers. Despite not having having anything concrete as yet, Marvelous Games has said that Story of Seasons: Friends of Mineral Town will be heading to Europe and Australia, courtesy of themselves, whereas North America’s version will be overseen by one of Marvelous Games’ subsidiaries, XSEED Games.

This should hopefully keep you ticking over until the long-awaited release of the next Animal Crossing entry, which has sadly been delayed till next year, dropping on March 20, 2020.

If you’re a fan of these type of games and would like to know more, or you’d just like similar games to play then just click here to see more!