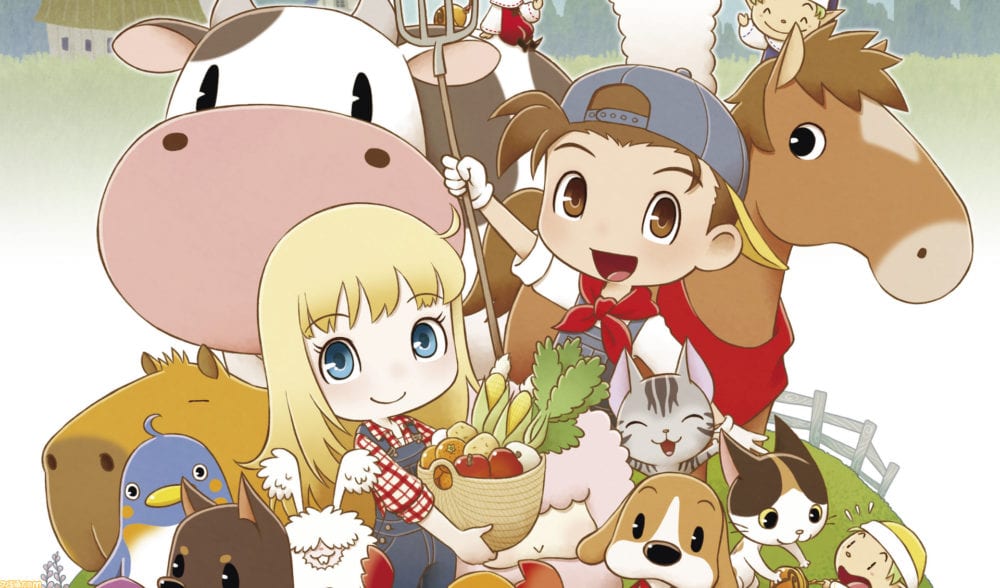 Today Famitsu revealed that Marvelous is working on a remake of Harvest Moon: Friends of Mineral Town and that the remake would be coming to the Switch later this year.

Friends of Mineral Town was first released back in 2003 and in turn was a remake of 1999’s Harvest Moon: Back to Nature. The game introduced many new gameplay features that went on to become staples in the farming sim series, like the bachelor/bachelorette dating system, and remains one of the more popular Harvest Moon games.

The remake is set to release on October 17 in Japan. Considering that the most recent game in the Harvest Moon series made its way to the Switch, it’s likely this new remake will come to the rest of the world at a later date. At the moment there’s little information on the remake, although Marvelous has released some screenshots of the game.

As well as the artwork at the top of this page, you can also check out the preview of the Famitsu article below.

We can expect more details to be revealed with the next issue of Famitsu magazine.

While it likely won’t be long before we hear about a release outside of Japan, Natsume still has the rights to the “Harvest Moon” name, so we can expect it to be released under the “Story of Seasons” heading that’s been used for the games in recent years.