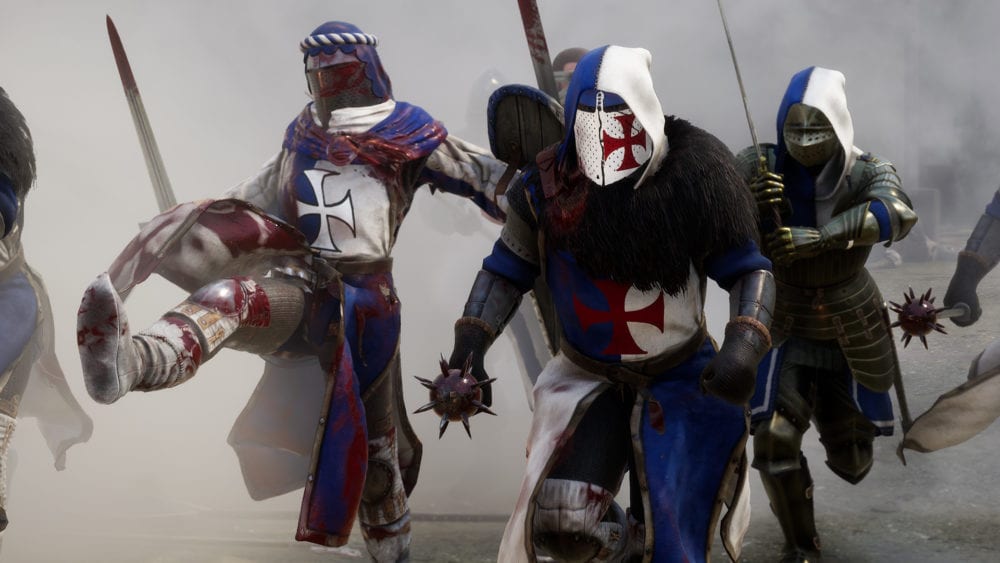 Recently, Triternion has received a lot of criticism regarding its game MORDHAU and has gone on record stating they are trying to fix the source of the problem. Please note that this article deals with subjects such as toxicity and racial whitewashing, so proceed with caution.

MORDHAU is the latest hotness on the Steam multiplayer scene. A combat game where players can participate in medieval warfare, MORDHAU has proven fairly popular. Gamers can fight in skirmishes of various sizes, wield plenty of historical weapons, and even channel their inner D&D bard by playing virtually any song on the lute and then smashing people over the head with the instrument.

However, a recent article on PCGamer makes some pretty bold statements about the game, including that Triternion is “unprepared and unwilling” to tackle problems such as “racism and toxicity.” PCGamer is, of course, referencing issues such as an official MORDHAU forum thread that encourages players to post their customized knights titled —I kid you not— “Post your Kniggas”, as well as in-game chats and forum threads filled with racial slurs.

However, earlier today, Triternion community manager Jax released an official statement regarding PCGamer’s article, the Steam post, and Triternion’s stance on the subjects.

“First and foremost,” Jax explained, “Triternion does not, nor have we ever, had plans to add a customization option that would force a white male default.” Jax stated that PCGamer interviewed two MORDHAU artists who are “uninvolved with character development”, have “minimal PR experience,” and were “ill-informed of the decision.” According to Jax, these factors, combined with a “lack of context,” resulted in their misleading and controversial statements.

Jax stated that the gender toggle was an old idea that was conceived by a single member of the Triternion team “prior to the game’s release as a response to a large number of heated debates regarding the topic of realism.” The idea was nothing more than “a theoretical solution to a difficult problem and was never intended to be the official stance of Triternion on this topic.” The idea was quickly dismissed since the developers realized that it would get in the way MORDHAU’s robust character customization system. Jax explained that in no uncertain terms, “these toggle options are out of the question.”

Ultimately, Triternion believes the controversy stems from a lack of communication and discretion. Jax stated, “This is a lesson for us that we must be excessively prudent with the wording we use in the future as it can be easy to misconstrue an individual’s opinions and ideas as officially sanctioned.”

As for the subject of toxicity and a lack of moderation, Triternion claims stretched resources. Jax explained that Triternion is made up of a team of eleven first-time developers, and the moderators are volunteers. While the studio is trying to “curb this toxicity and behavior across all platforms,” they say they simply don’t have the manpower to do so but plan to fix this problem in the near future.

We will continue to monitor the situation to see if Triternion lives up to its promises to better moderate its forums and game.