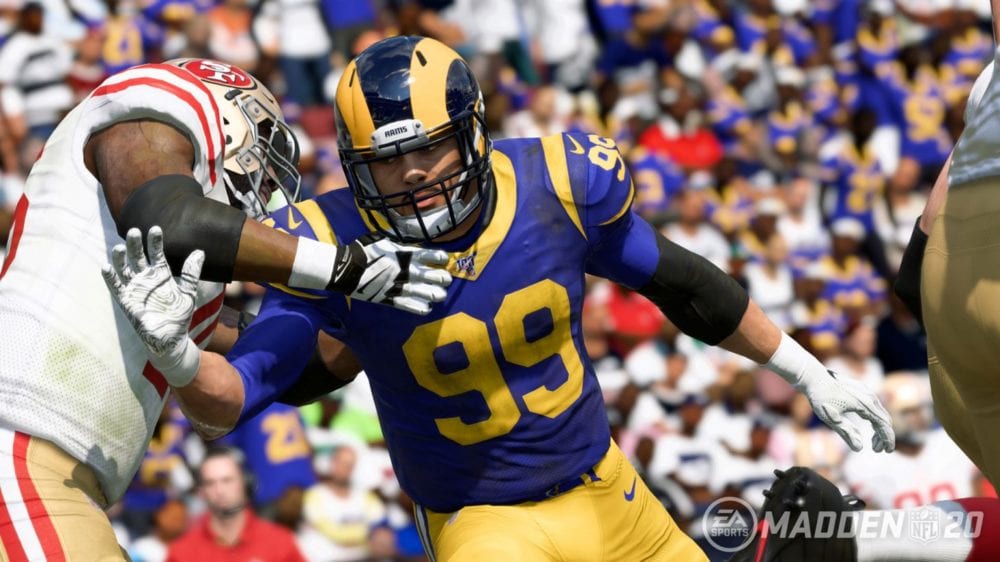 In Madden 20, the RPO also known as Run Pass Option, has finally been added to the game after high demand. In this guide we’ll explain how to run RPO plays both literally as in where you can find them in your playbook, but also explain how these types of complex plays are actually run in-game. So let’s dive into how to run RPO in Madden 20.

How to Run RPO in Madden 20

What the Run Pass Option Actually Is

Like the name may allude to, the Run Pass Option (RPO) is a suite of plays where you have the option to either run or pass depending on what you’re seeing from the defense.

With this added level of control though, comes a layer of complexity that might confuse more casual players. It’s probably the most complicated thing you can do on offense in Madden 20, so we wouldn’t recommend it to someone that doesn’t really know how to run RPO properly. Hopefully we’ll be able to get you there though.

RPO plays in Madden 20 can be found in your playbook in their own special section. The easiest way to locate that is to sort your plays by Play Type and tabbing over until you see the section for RPOs.

There are three types of RPO plays Peek, Alert, and Read. They all function a bit differently from each other despite having the same similar end result, so let’s break down how to run each of them properly.

What they do all share in common though is that they are high skill level plays, with high risk/high reward elements when used correctly.

Peek RPO plays give you the opportunity to react to a defensive back’s movement and then decide to either pass or run the ball.

It’s challenging because you only have a second or two really to decide to run the ball otherwise you’re locked into passing, and if you take too long to pass, you might get hit with an illegal man down the field penalty, so you really need to identify what’s going on with the defense very quickly and react correctly, especially with Peek RPO.

If you hold the left trigger to view the pre-play overview of the field, you’ll see a defender with a P over their head. You need to watch what that person does when the ball is hiked.

If they attack the line of scrimmage by rushing towards you and the RB, you should pass the ball as logically, one more person crashing the line is one less person guarding the pass.

If that defender hangs back though, you should run the ball as there should be more of an opening to find a running lane.

In any case, if you decide to hand the ball off, press X on PS4 or A on Xbox One quickly after snapping to run the ball if that’s what you decide to do. Otherwise, press the button of the receiver you want to pass it to.

Alert RPO plays are slightly different from Peek, but they have a similar effect. Alert RPO plays will automatically hand the ball off if you don’t make a choice quick enough. So in a sense, they are a little easier to run.

However, you have less flexibility in waiting for a pass to develop. You have to in a split second decide if you’re going to let the hand off animation go off, or pass the ball right away.

So if you want to hand the ball off, just do nothing, or if you see an open pass lane for your receiver, quickly hit the button of the person you want to throw it to.

Again, you need see what the defender is doing and essentially in a split-second if it’s best that you run with the RB along their planned path, pass the football or take the ball in a completely different direction with your QB.

The beauty of this play, if you can run it effectively and make the right choice, is it’s difficult to cover all three of those options effectively at once. So if you can very quickly find the flaw in the defense, you can likely exploit it for big yardage.

Once again, if you want to run the football, press X or A depending on your console of choice and if you want to pass hit the button of the receiver you want. Finally, if you want to scramble with the QB, press and hold the R2 button on PS4 or RT on Xbox One.

That’s the basics of how to run RPO in Madden 20. If you’re still having a hard time, feel free to leave a comment below.