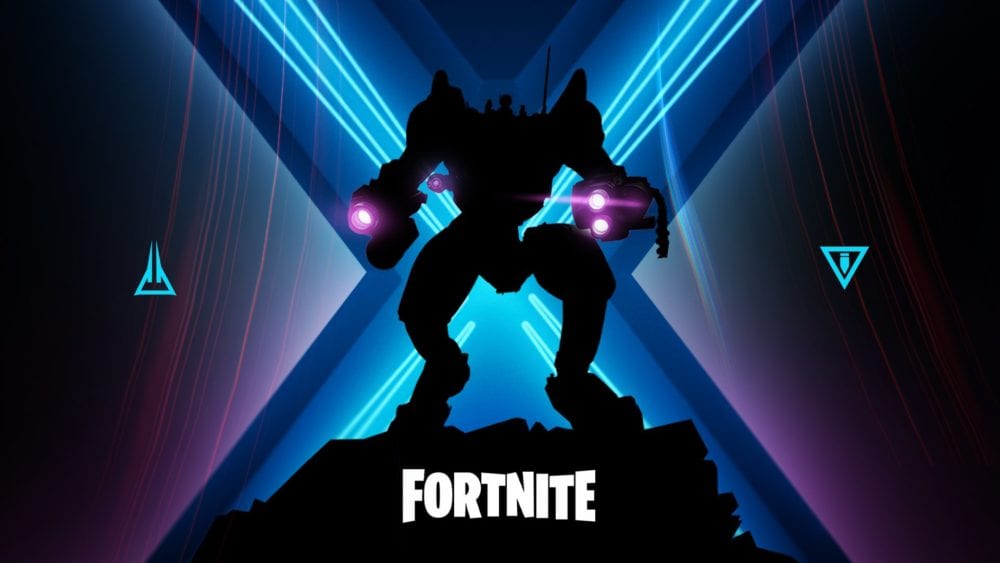 With the announcement that Fortnite Season 10 would officially kick off on Aug. 1, the official Twitter account for the game has begun posting out Fortnite Season 10 teasers to get players hyped for the next Battle Pass and era of the popular Battle Royale title. The second, and most recent of these teasers tells players to “look forward” with a very futuristic outline front and center.

The Fortnite Season 10 teaser tweet, included below, doesn’t really give us a lot much else to go off. The X in the background obviously once again refers to it being Season 10, and the shadowy figure in the center certainly looks quite mech-like, suggesting the Mech vs. Monster fight just last weekend might not be the last we see of these giant robots.

In fact, if you look right at the top of the mech, it looks as though there’s somebody controlling it, suggesting there’s a possibility that rideable mechs could be coming alongside a rehash of the map which bring back classic locations that have since been replaced, in Season 10.

What’s also worth noting are the symbols on either side of the mech. The one on the left has already been identified as that of the Visitor, a popular skin that arrived with the comets that destroyed Dusty Depot back in Season 4, but I’m unsure on the one on the right.

Considering the first Fortnite Season 10 teaser, also included below, showed Dusty Depot in the background with the caption “Think Back,” the new season might also try and flesh out a bit more of the backstory to the Visitor. Of course, we’re just speculating right now, but Epic has always been a fan of dropping big hints in these teaser images.

Fortnite Season 10 is due to kick off on Aug. 1, with a new Battle Pass and cosmetics likely to come, alongside possible big map changes and gameplay tweaks. We’ll be covering the whole thing extensively when it kicks off later this week, so be sure to check back soon.