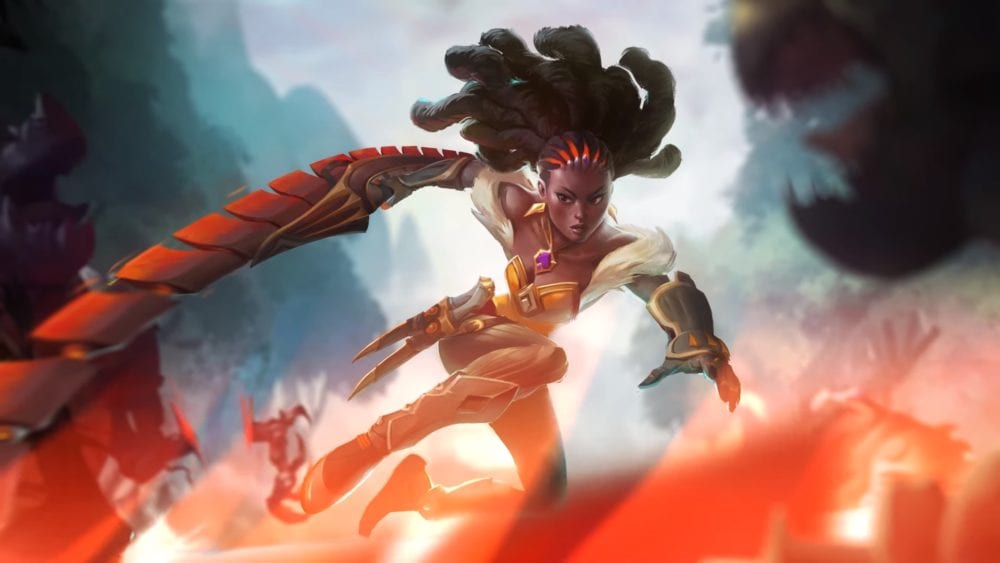 Blizzard Entertainment’s MOBA Heroes of the Storm will be adding a new hero to its roster of 86 heroes and changes to its ranked system.

The 87th hero is Qhira, an acrobatic Assassin with a grappling hook who is completely new to the mashup of Blizzard franchises. The second original character, after Orphea added last November, uses the grappling hook and a chainsword as part of her abilities that can cause stun and bleed to enemies.

The update also changes the ranked queue, now known as Storm League, which removes “Promotion and Demotion” games, deceased placements matches from 10 to three, and adjusted rank decay to occur for Diamond 5 or higher players.

Storm League will have its own questline available each season and completing it by winning games offers seasonal cosmetic rewards.

The new patch is currently live on the Public Test Realm (PTR) until the week of Aug. 5, which is then scheduled to be pushed to the live game after.

Heroes of the Storm has been continually updated with balance patches and other content since Blizzard announced last December it would shifting development resources from the game to other unannounced projects and canceled all official 2019 esports events for the game.