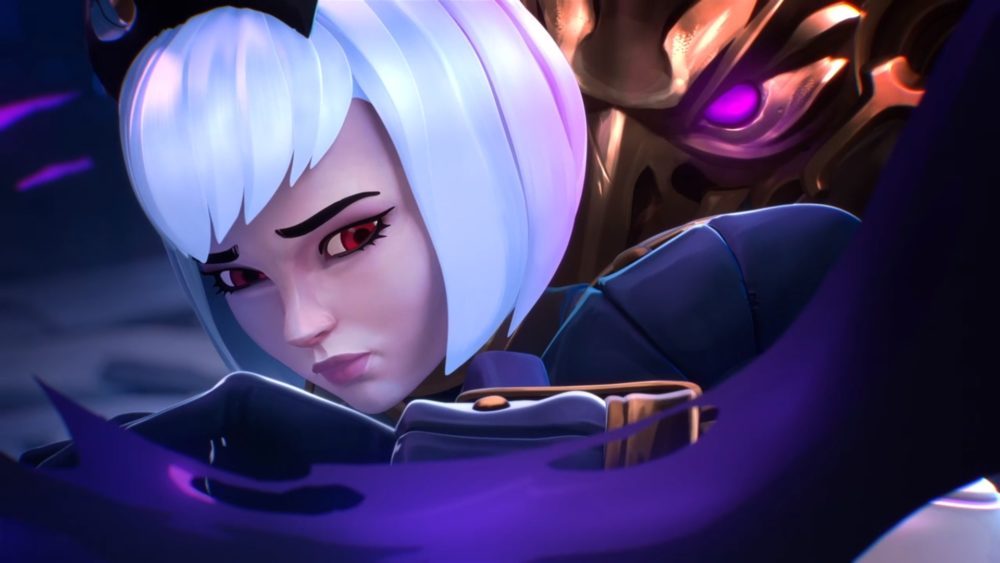 Heroes of the Storm is Blizzard’s answer to the MOBA genre and a love letter to Blizzard games of old. But, the game is about to get a little more crowded with new heroes, one of whom has never been in another Blizzard game. Yes, you read that correctly.

Heroes of the Storm’s latest character, Orphea, is unlike anything or anyone we’ve seen before in Heroes of the Storm. A shadowmancer with some anger management issues, the young girl (or woman) carries a giant raven-themed sarcophagus on her back. Is it the source of her power? Who cares; it’s an awesome power.

Orphea appears to be quite the powerful little spellcaster (technically she’s classified as an assassin) with a lot of zone control and sustaining abilities, all of which revolve around her hungry shadows. She can summon dark spikes, pitch-black maws, and shadowy scythes that will likely give players flashbacks of The Darkness FPS games and comics.

All of these abilities revolve around Orphea’s Overflowing Chaos passive, which strengthens her basic attacks and provide a healing bonus whenever she hits an opponent with an ability. Since this passive can stack, players who know how to read and dodge opponents might find themselves able to stay in the fight longer than even the sturdiest of Tauren. Then again, players kind of need to read opponents if they ever want to hit anyone with Orphea’s abilities, so don’t expect her to be beginner friendly.

As with all of Heroes of the Storm’s characters, Orphea will come with her own set of creative and colorful costumes, including a school-themed skin that makes her look like a punk witch. Oh, and she carries a giant locker on her back. I shudder to think of how much Orphea spends on chiropractors.

While we don’t know when Orphea will be available in Heroes of the Storm, we do know she will be free for BlizzCon attendees and virtual ticket holders. Plus, since she’s unique to Heroes of the Storm, she might be the beginning of something new for the game. We can probably expect more story-oriented content that will delve into the history of The Nexus. Oh, and new characters who aren’t related to any preexisting Blizzard property.

Orphea will be available in Heroes of the Storm’s public test realm starting next week.