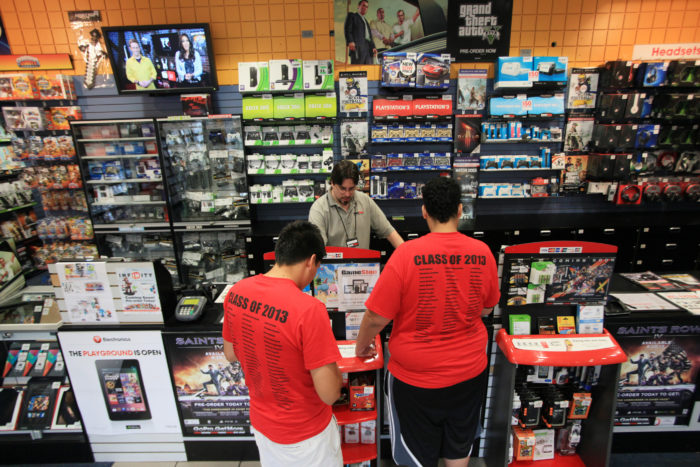 Used game and retail store GameStop announced it will be partnering with a design firm to renovate its physical storefronts.

In a press release, GameStop announced it would be collaborating with the design firm R/GA, which has worked with other brands such as Nike, Lego, and McDonalds. The company even worked with Ubisoft to create Assassin’s Creed: Odyssey branded Amazon Echoes and Alexa skills to promote the game.

Some of the new methods for the brick and mortar stores include trying new titles before buying them, offering “competitive sessions in home-grown e-Leagues,” and selling old and retro games. GameStop announced last March it would be moving towards more esports.

The two companies did not when or where the new concepts will be implemented, only that the pilot program will occur in “a select market.”

“We’re on a journey to use our vast retail footprint to provide an engaging and well-thought-out experience that enhances our consumers’ gaming interests,” said GameStop Chief Customer Officer Frank Hamlin. “Among its many strengths is R/GA’s ability to leverage consumer insights and technology to reimagine the experience our consumers can have in our physical space. Our investment in this partnership is the next stage of our transformation and growth strategy.”

GameStop has had trouble maintaining its stores as more turn to digital distribution by offering other products, such as cell phones or Funko Pops. The company even considered a buyout from a private equity firm last year.