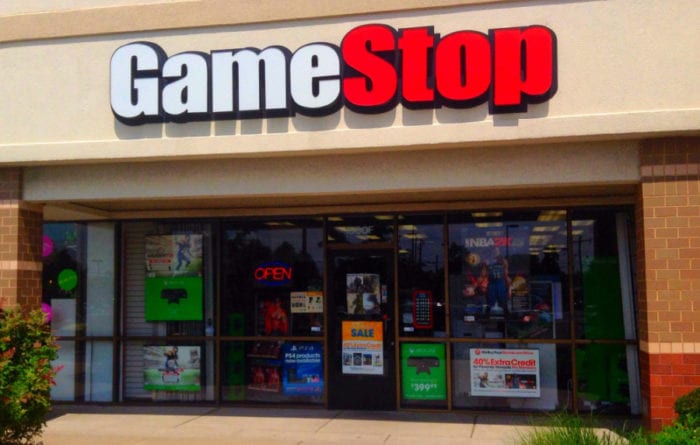 Videogame retailer GameStop has been hit hard by the growing viability of digital and online marketplaces and an uncertainty within its corporate structure following the departure of CEO Michael Mauler in May. The concern has reportedly led the prominent games seller to consider a buyout by private equity firm Sycamore Partners.

Multiple sources familiar with the situation told Reuters that GameStop has brought on a financial adviser to direct negotiations with any potential buyout, lending credence to initial reports.

The move comes as GameStop experienced one of its worst financial years in recent history. Company stock dropped by over 32 percent over the course of the last year. Though the company remains profitable as it diversified its products and developed an online marketplace, the drop in stock price heavily affected its market capitalization, dropping it to $1.42 billion, a drastically low amount compared to 2007’s $9.4 billion.

GameStop’s solvency has also been impacted by the rapid turnover at CEO in the last few months. Michael Mauler held the office for only three months before resigning due to “personal reasons” in May. He took over in February after longtime CEO Paul Raines left the post for health reasons. Raines passed away in March. Since Mauler’s exit, former Xbox executive Shane Kim has served as interim CEO as the company searches for a new head.

Mauler’s exit occurred as hedge fund Tiger Management increased its shares in GameStop and sent a letter to the company expressing their desire to “launch a strategic review and revive shareholder confidence in the sustainability of the GameStop business model.” Tiger Management’s sentiment lends even more credibility to the buyout reports as financial experts view a sale to a private equity firm as the first step in corporate restructure. The move could result in many different outcomes: extensive layoffs, liquidation of assets and/or the division of the company to refocus investment strategies. It’s safe to say that employees of the chain’s 7,276 locations have the most to lose in these buyout talks.

Sycamore Partners does have a copious amount of experience in these matters, though, as the firm has worked with multiple retail chains (Hot Topic, Talbots, Belk) in the past. Some have compared the potential GameStop buyout to Sycamore Partners’ 2017 purchase of struggling office retailer Staples. According to CNBC, the firm split Staples into three parts in an effort to entice banks “to finance the strongest parts of the business separately and give Sycamore the option to wind down its weakest unit—the retail business—at a later date.” This example stands as the best possible outcome should the buyout occur, though GameStop’s brick-and-mortar locations will more than likely be viewed similarly to Staples’ retail business should the company be splintered. Even the best outcome leaves less hope for GameStop’s retail employees.

GameStop’s consideration of the move is already showing positive returns as the company’s stock rose over 13 percent on Monday following news of the potential buyout. Neither GameStop or Sycamore Partners have commented publicly on the matter.