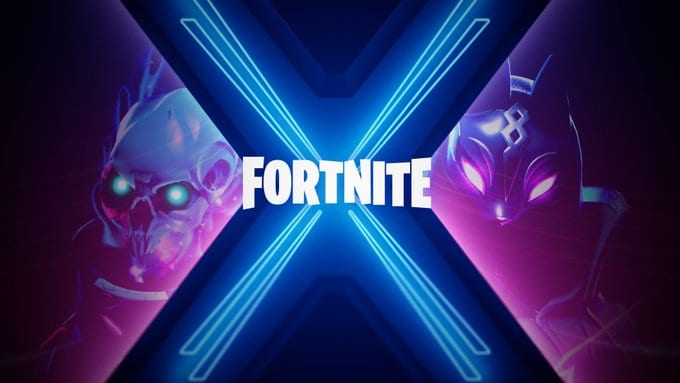 Epic Games has today revealed the third teaser image for Fortnite Season 10, hinting at some of the new skins players can expect to get their hands on once the season kicks off on Thursday.

Alternatively, they could be skins like Singularity, which required players to unlock 90 Fortbytes throughout the duration of Season 9. Either way, we’ve got some skull-lookin’ dude on the left, and what looks like a ‘dark’ version of the Drift skin if you ask me. Maybe it’s just the eyes, who knows!

The third teaser image seems to suggest that Fortnite Season 10 will continue to mix new with the past of the popular battle royale title with futuristic inclusions such as mechs, if teaser image 2 (included below) is anything to go by.

The first teaser image also included an image of the original Dusty Depot in the background, suggesting the map could see some ‘throwback’ changes made to it.

Fortnite Season 10 is due to kick off on Thursday, Aug. 1 on PS4, Xbox One, PC, and Nintendo Switch. There will likely be a few hours of downtime in the morning, but we’ll be covering every last bit of it as soon as it goes live, so be sure to check back soon. What do you think’s coming in Fortnite Season 10? Let us know in the comments below.