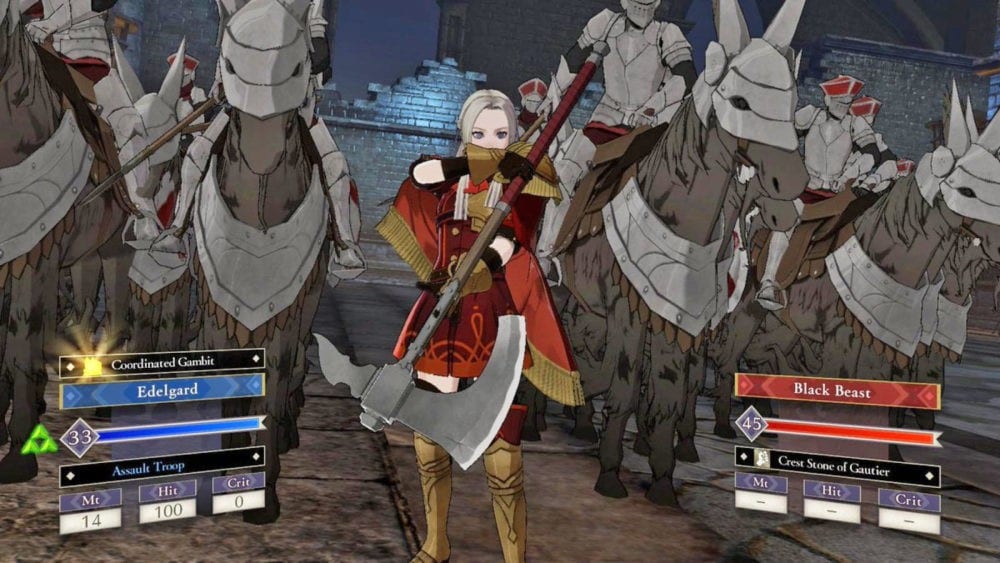 Do be warned that this article contains major spoilers for the first act of the game, so look away if you want to go into the game completely fresh.

Since Edelgard is the leader of the Black Eagles House, the first thing you need to do is actually choose the Black Eagles when deciding which of the three Houses you want to teach at the start of the game.

After that, just play through the game normally until you reach the penultimate chapter, and Rhea informs you that the mission for that month is to enter the Holy Tomb with your students.

At this point, you need to explore the Monastery on one of your free days and talk to Edelgard. She’ll ask you to head back to the Adrestian Empire with her, and you need to say yes.

After that, continue through the game until you reach the Holy Tomb mission. After completing that battle, you’ll be presented with the choice to either kill or protect Edelgard. You need to choose to protect her to get locked into the Edelgard route.

On the other than, the 4th route in Fire Emblem Three Houses is actually much easier to unlock if you don’t pay all that much attention to Edelgard. You’ll also need to choose the Black Eagles at the start of the game, though.

All you have to do is play through the game normally till you reach the Holy Tomb mission, then choose to kill Edelgard instead of protecting her. This option is available even if you headed to Adrestia with her, so it’s fairly easy to unlock regardless of your actions before this mission.