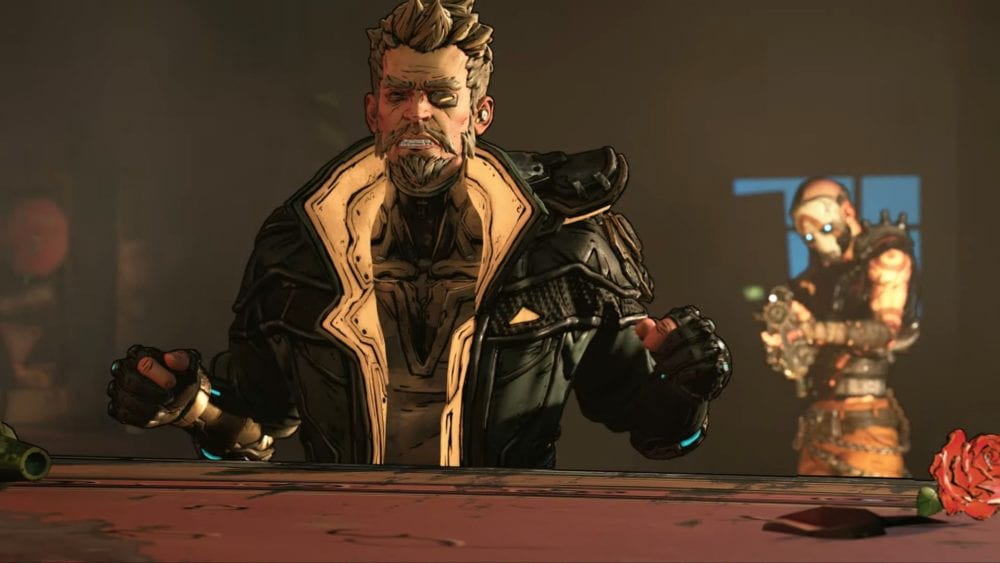 The trailer focuses on Zane, a semi-retired corporate assassin with decades of experience and plenty of gadgets to take advantage of. Basically, you could say he’s a sci-fi James Bond, without the class, the Bond Girls, and the snazzy cars.

In case you have missed pretty much everthing about Borderlands 3’s recent reveal, below you can find a brief description of what you can expect, directly from the developers.

“The original shooter-looter returns, packing bazillions of guns and an all-new mayhem-fueled adventure. Blast your way through new worlds and enemies as one of four brand new Vault Hunters, each with deep skill trees, abilities, and customization. Play solo or join with friends to take on insane enemies, collect loads of loot and save your home from the most ruthless cult leaders in the galaxy.”

You can also enjoy the first trailer that provided a familiar but cinematic look at the game and its characters, a video featuring the EchoCast Twitch extension, plenty of gameplay, and the latest promotional video.