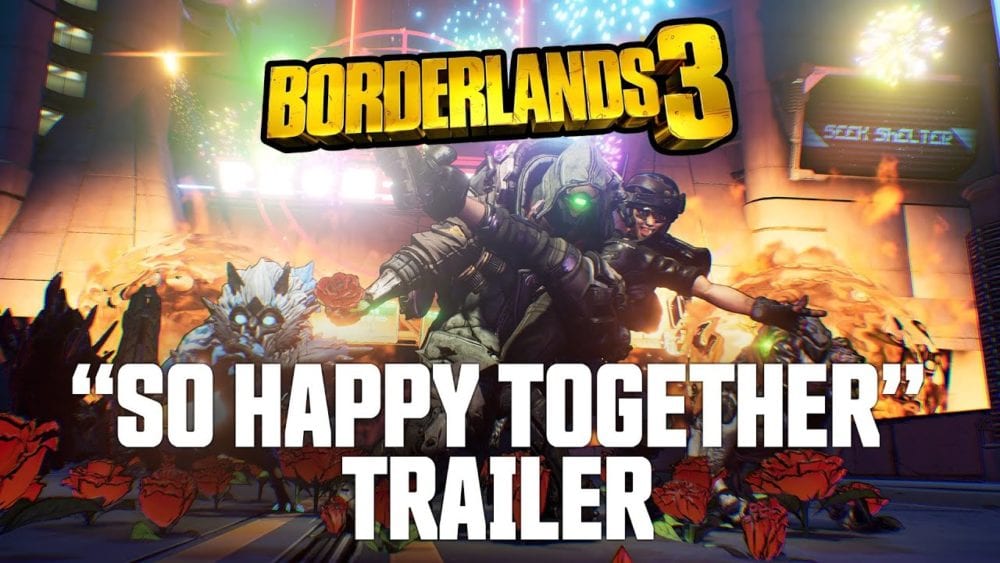 Following a somewhat cryptic Tweet yesterday, Gearbox Studios today released a new trailer for its upcoming looter-shooter Borderlands 3. The eccentric tone piece sees main protagonists Zane, FL4K, Moze, and Amara engage in a rather peculiar dance while taking out a bunch of bandits.

Developer Gearbox had teased some sort of new Borderlands 3 related information yesterday with a Tweet that invited players to join them in a “celebration of togetherness.”

Understandably, many had initially supposed Gearbox might have been alluding to an update on the game’s cross-platform play support, but that was quickly shut down by Randy Pitchford, who later responded:

“Some folks may be speculating that this thing tomorrow may be about cross play. Tomorrow’s thing is awesome, but *not* about cross-play. But, Good News: We are committed to supporting cross-play for Borderlands 3 with our partners as soon as practicable after launch. #talklater”

What we got instead was a typically whacky tone piece trailer for the upcoming game, with the aforementioned protagonists killing an army of bandits to the tune of “So Happy Together.”