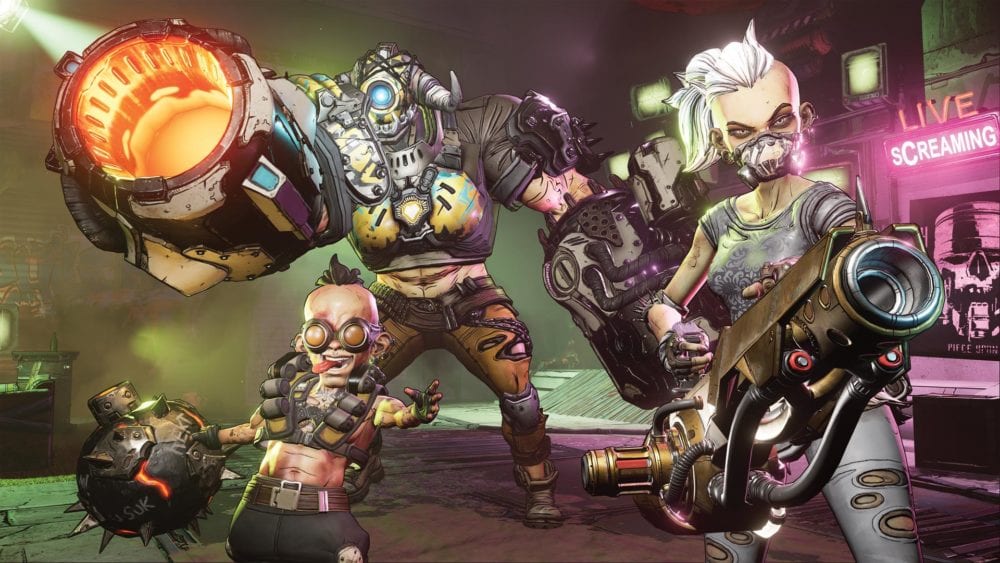 Gearbox revealed during a Borderlands 3 panel at Guardian Con on Friday that the game will have a pinging system inspired by Apex Legends and employ a wide range of accessibility features to ensure that every player, including disabled players, will be able to enjoy the game.

According to a press release on the official Borderlands website, the ping feature allows players to pinpoint the locations of loot chests, enemies, guns and other points of interest by highlighting them both in-game and on the mini-map. It’s particularly useful when the players are not using voice chat, as the character you’re playing as will shout out where you can open the loot chests, take out the psychos and pick up new guns in lieu of your friend on the other end of the mic as demonstrated in the video below.

The host of accessibility features include the ability to remap controls regardless of the platform you play Borderlands 3 on, Xbox Adaptive Controller compatibility — which would go hand-in-hand with the controller remapping feature — extensive support for subtitles and closed captioning that includes text size and opacity options. Colorblind players will be ecstatic to hear all-important loot make different noises when it drops depending on its rarity and have the rarity spelled out for them on the loot card as well as indicated by its color once they pick it up.

You will also be able to adjust aim assist and toggle headbob, auto-mantling, running and crouching.

For the first time in Borderlands history, Borderlands 3 will introduce the Free-for-All Dueling mode, which will allow players to opt-in to an explosive 1v1v1v1 multiplayer competition. The game will also integrate Discord, allowing players to utilize it for asynchronous matchmaking and activity group-based matchmaking.