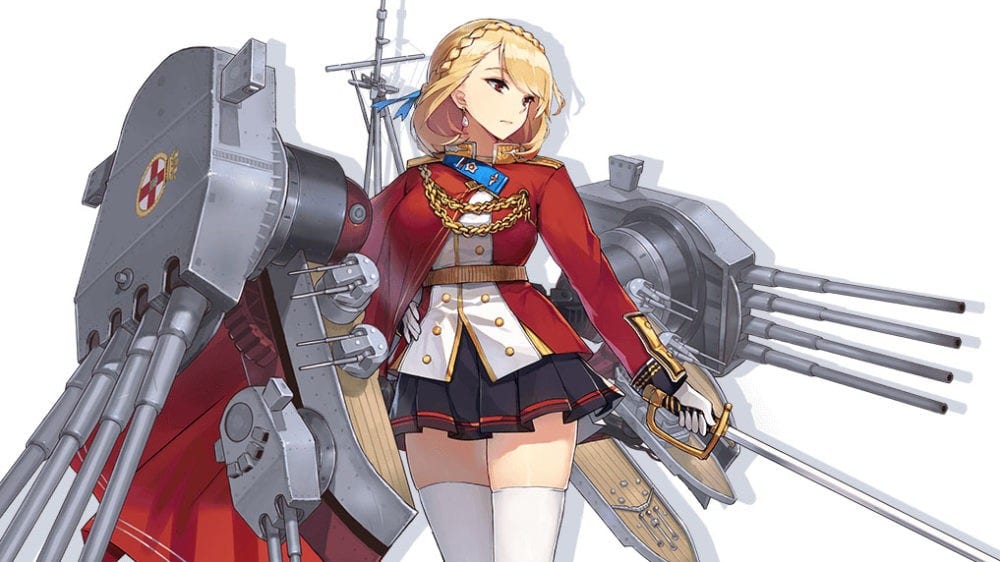 We get the reveal of plenty of new shipgirls, including Atlanta, Amazon, Victorious, Norfolk, Prince of Whales, U-81, and Lexington. As usual, clicking on each ship’s link and on the “Voice” button will let you enjoy a voice sample.

We also hear more about the gameplay mechanics, with a focus on how they differ from the mobile game.

All ships in the upper part of the character page of the official website can be selected for the main fleet, regardless of type. All ships can play support excluding the two sirens.

Another obvious difference with the mobile game is that there is no fuel or any condition to dispatch your fleet (this isn’t a free-to-play game after all).

Depending on the combination of ships you choose, you’ll also apply a specific “fleet effect” to the characters in the main fleet. For instance, having both Portland and Indianapolis will increase both durability and anti-air by 8%. It’ll also likely have you listen to a storm of “Indy-chaaaan” here and there, but that’s the nature of the beast.

Destroyers are extremely fast and have strong torpedoes. Yet they are less protected and have lower firepower. Normal shells are their weakness.

Light cruisers are in the middle between destroyers and heavy cruisers. They boast high anti-aircraft power and they’re suitable to use powerful anti-air guns. They’re also weak to normal shells.

Heavy cruisers are slower but they charge their Lock-On Attack skills faster than other ships. They can deal more damage than a battleship if you can chain a series of Lock-On Attacks.

Battleships have extremely strong attack and defense, but their default armament can’t fire continuously. They’re the slowest ships and they can guard instead of dashing. They’re very strong against normal shells but weak against armor-piercing shells and torpedoes.

Aircraft Carriers are equipped with various kinds of aircraft. They attack automatically in the direction they’re launched, and they are effective against every type of ship, but they can be shot down before dealing damage.

You can heavily customize ships with various kind of equipment. For instance, if you give a battleship destroyer guns it will be able to attack continuously and still use the battleship firepower stat.

Rare equipment can be obtained on the map, in the post-battle screen, at the research institute, and at Akashi’s shop. Akashi is looking for various items (and headpats, obviously), but if you collect them for her, you may get some extremely valuable gear.

Each shipgirl has also skills, and there is a large variety of them. Unlike the original game, the effect of skills of the same type actually stacks, allowing you to achieve tremendous firepower or defense.

You can select three difficulty levels, Easy, Normal, and Hard.

Easy is suitable for beginners playing games with shooting elements for the first time. If you use battleships, it’s very difficult to lose. Normal is the standard, and if you organize your fleet well, you can play until the end without worrying about levels. Hard is recommended for players experienced with shooters. Boss characters have increased firepower and defense, and battleships cannot dash. Battleships, in general, are difficult to use in hard mode.

It’s worth mentioning that there are no rewards or trophies that require playing on Hard mode. There is no disadvantage for playing on Easy mode.

Last, but not least, the game comes with plenty of information on Azur Lane’s characters courtesy of Yostar, so that new players can enjoy learning about the franchise.