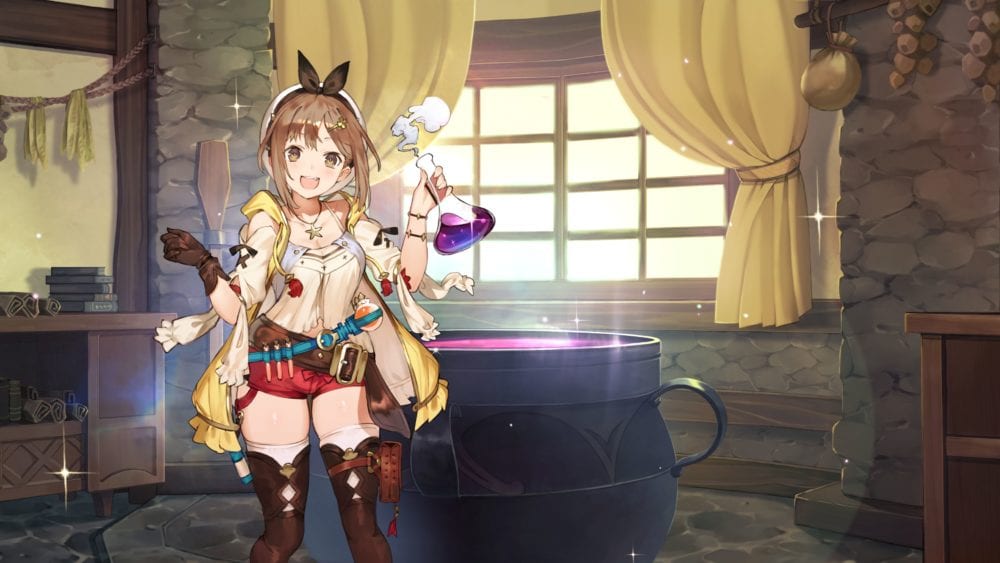 Following this morning’s reveal, Koei Tecmo reached out with a press release providing an additional look at the alchemy system in Atelier Ryza: Ever Darkness & the Secret Hideout.

We also get a fairly detailed explanation in English providing additional details and official translations for the names of the mechanics.

First of all, we learn about the “Linkage Synthesis” system.

“Throughout her journey, Ryza will rely upon her newfound powers of synthesis; creating items which will help her overcome any obstacle in her path, including the powerful new threat facing her beloved hometown. In fact, Atelier Ryza: Ever Darkness & the Secret Hideout features a completely revamped synthesis interface, which clearly displays the required materials and effects that can be added to items at a glance.

This new ‘Linkage Synthesis’ system features a fixed number of cells that players can unlock via strategic item placement – extending a variety of different results imbued onto the final product depending on the way the cell branches. Special change recipe cells can also be uncovered to unlock new recipes, enabling aspiring alchemists to experiment with different items while discovering exciting new results.”

We also learn about the “Item Rebuild system.”

“The new ‘Item Rebuild’ process then allows for these created items to be used again during synthesis. Rebuilding an item offers the chance to make it stronger than it was originally built – the more times an item is rebuilt, the more superior it will become.

However, rebuilding an item also causes the amount of dexterity required to increase, limiting the amount of characters who will be able to use them. Choosing between item strength and ease of use is now vital when planning battle strategies.”

If you want to see more, you can also check out the latest trailer that revealed a new character and the theme song, plenty of recent gameplay footage, another video featuring the soundtrack, the first video and another brief clip released recently, and two more.