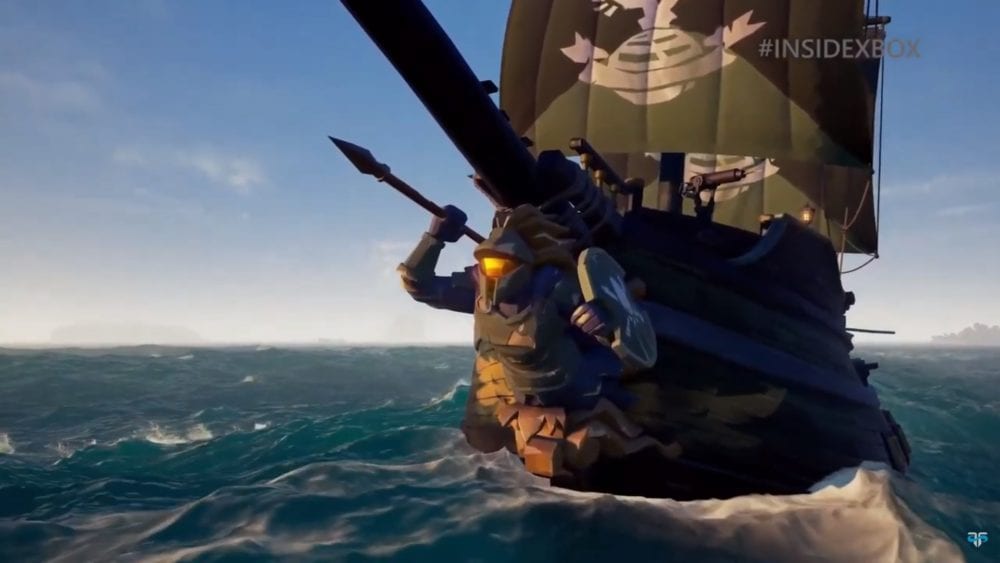 In the E3 2019 episode of Inside Xbox, Joe Neate, executive producer of the online game Sea of Thieves, showed a trailer with a big surprise for long-time Xbox fans.

The trailer opens with a shot of a Sea of Thieves pirate ship, accompanied by a vaguely familiar tune in the background. To anyone paying close enough attention, this song  is a sea shanty rendition of the classic Halo theme, which makes sense, considering that there’s a figurehead of our beloved Master Chief on the ship’s bow.

That’s right, Halo content is coming to Sea of Thieves! From June 10th-15th, anyone who owns or picks up Sea of Thieves will get a free Spartan Ship set to celebrate the full reveal of Halo Infinite.

This may or may not be a two-part cross-over. When asked about whether Sea of Thieves content could be coming to Halo Infinite, executive producer Neate simply held his hands up and shrugged. So take that as you will!

For more on Microsoft and E3, be sure to watch our recap of the Xbox E3 conference.