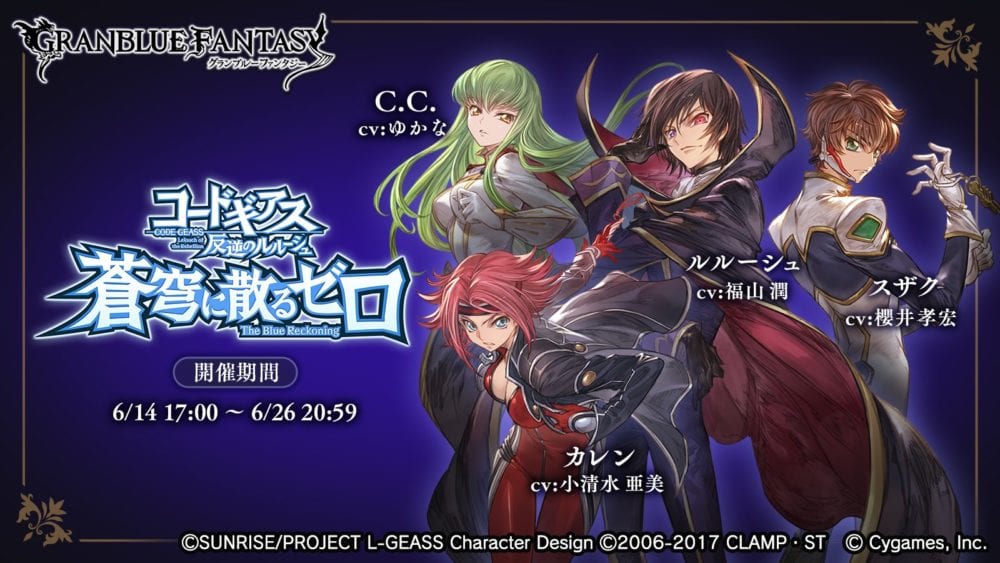 The event will be available until June 26 at 8:59 PM Japan time and features a new storyline with full voiceovers by the original Code Geass voice actors.

By playing the events you can unlock three dedicated SSR characters, Kallen Kouzuki, Lelouch Lamperouge, and Suzaku Kururugi, on top of C.C. as an SSR summon.

Since this doesn’t require spending a dime, and especially Kallen is very easy to get, it’s a good chance to reinforce your party.

You can see the lovely artwork for all in the gallery at the bottom of the post.

To celebrate the event, Cygames released a trailer, which you can also watch below.

Granblue Fantasy is currently available for iOS, Android, and PC via browsers. If you want to give it a try, you can read my detailed guide on how to create an account, install the game, and play in English.

If you’re more into console games, Cygames is working on Granblue Fantasy Versus and Granblue Fantasy Relink, both for PS4. While the first has a 2019 release window, the second doesn’t yet have one.