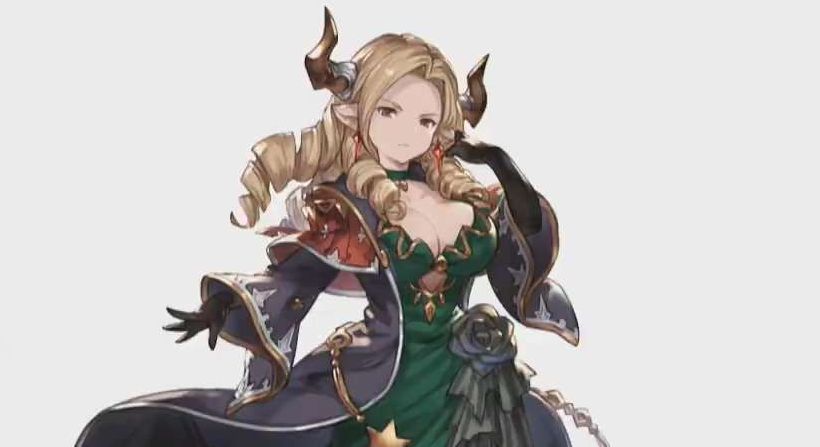 Today, Cygames hosted the Granblue Fantasy 5th anniversary broadcast from Tokyo and shared a ton of news for the fans of the popular mobile game.

Grab a chair, because there’s a lot of ground to cover. First of all, an update will go live tomorrow (it’s actually already “today” in Japan) finally adding the ten Oracles and five stars to the Acarum summons. You can check out the looks of each Oracle in the gallery at the bottom of the post alongside all the relevant slides of the presentation.

In order to unlock each oracle, you’ll need to upgrade each Acarum summon to five stars, and purchase a specific tarot card for each. We’re also getting 5th Anniversary skins, one for Sandalphon and one for Silva. They respectively sent the ladies and men on stage into a frenzy when they were revealed.

A 5th Anniversary ticket will also be made available, allowing to draw limited characters from the past. There will also be tickets to raise the max level of weapons.

On March 22, we’ll get another patch and the new Tier 3 and 4 class will be unlockable, the Gladiator and the Chrysaor. Both Lucifer and Bahamut will also get their fifth stars, and we’re getting light and dark seraphic weapons.

If you get all the Eternals, you’ll be able to unlock a new skin for Gran and Djeeta, and an even cooler one if you upgrade them all to five stars. Yes. That’s going to take a while. The maximum rank will also be raised to 250.

On April 11, another update will bring thirty-player Lucilius raid will be implemented, with a hard version counting six players.

The next update, coming on April 24 will bring a new raid prompting players to fight all the four Primarchs at the same time. If you get all the seraphic weapons you’ll also unlock yet another skin for your hero or heroine.

In June 2019 we’ll get a crossover event between Granblue Fantasy and the popular anime Code Geass: Lelouch of the Rebellion. You can check out the trailer below and Lelouch’s in-gamecharacter designed by Hideo Minaba in the gallery. Later in the summer, we’re also getting another Love Live crossover.

Speaking of the summer, we get to see a lovely swimsuit Yuel, and new EX Pose unlockable for some of the swimsuit characters that are already in the game. Vampy is also getting her fifth star.

Sandalphon’s character song will be released in Japan on April 3, coming with a code for a special skin. You can watch a teaser below.

The second season of the TV anime will finally air in October, which is great to hear because the first was awesome.

A series of “Granblue Extra Fes” events will be hosted in Fukuoka, Nagoya, Sendai, and Osaka, but the big one, Granblue Fes 2019, will happen between Dec. 13 and Dec. 15. It’ll be hosted once more at the Makuhari Messe in Chiba, near Tokyo, and that’s where the big news tend to come.

Last, but not least, when you log into the game today, you’ll get a metric ton of freebies, and you’ll be able to enjoy the Gachapin Roulette once again. This means that for a few days you’ll be able to get between 10 and 100 free gacha rolls a day, which is always awesome.

The Gachapin Roulette will be available all the way to Mar 31, and on the last day, everyone will get 100 free guaranteed rolls. This means everyone is getting a metric ton of free rolls, so if you’re not playing but you’ve been tempted to try the game, this is literally the best time. You can find out how to install Granblue Fantasy, make an account, and play in English in our handy guide.

If you’re interested in the future of the franchise, you can check out our interview with Game Director Tetsuya Fukuhara mostly focused on the upcoming  PS4 games Granblue Fantasy Versus and Relink. Speaking of Versus, today it received a new trailer revealing Lowain as a playable character.

Granblue Fantasy is currently available for iOS, Android, and PC via browsers.