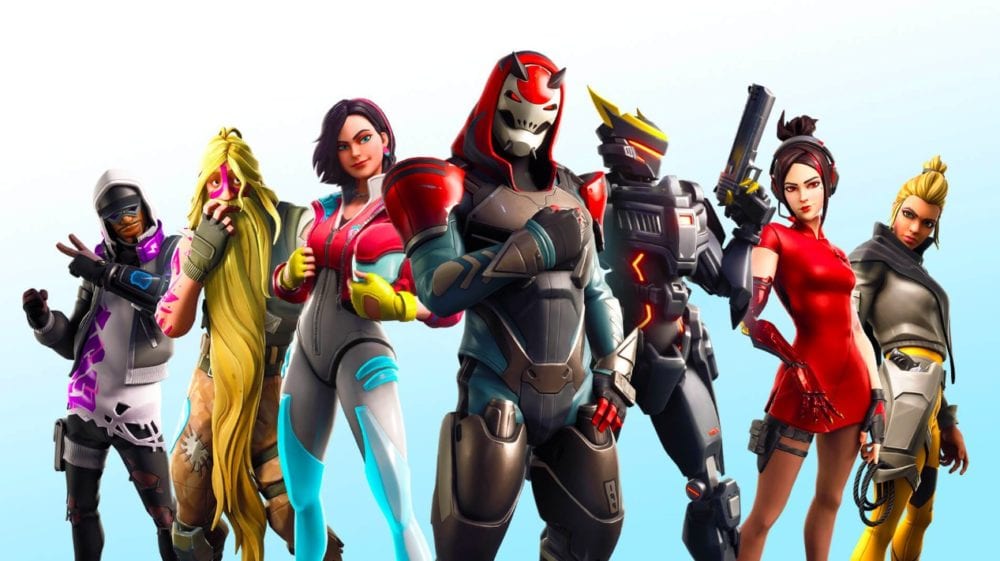 As you can see from a quick look above, outside from potentially not knowing what Hot Spots are in Fortnite, there isn’t a whole lot here you’re going to need to figure out. It’s the rather boring affair of landing at named locations, dealing damage, and using certain items or weapons… fun!

How to Complete the Week 6 Challenges Easy

The first of this week’s challenges is straightforward enough that we don’t need to spend much time running you through it. Simply land at the different named locations listed above when you jump out of the Battle Bus. As soon as you touch the ground, you’ll complete each stage.

Next up, you’ll need to deal 500 damage total with SMGs to opponents. The best way to do this is to head into a Team Rumble game, and go searching for an SMG as soon as you land. Because respawns are enabled and you keep your loadout upon being eliminated, you can get this done in one game if you’re lucky.

Focus on downing players with whatever weapon you want and finishing them off with a Burst SMG of any rarity. Each elimination should equate to roughly 100 damage if you’re quick on the draw, so make sure you’ve got it ready to spray at your opponent as they’re crawling around on the floor.

The next of Fortnite’s week 6 challenges is arguably the one that might cause you the most trouble if you’re unsure what a Hot Spot is. Simply put, these are the named locations whose name is in a gold color when you open up the map. It’s where the loot carriers can be found which have a chance of dropping high rarity weapons.

You only need to search three chests, three ammo boxes, and get one elimination in these Hot Spots to complete this week 6 challenge, so it shouldn’t take you too long. Be warned, though, that these are going to be particularly busy for the day or two after this week’s challenges go live.

To deal damage to a vehicle driven by an opponent, you technically have four different vehicles to aim for, which we’ve listed below. However, we’d suggest focusing on just The Baller and Quadcrasher, as the cannon and driftboard are going to be more difficult to deal damage to.

The Baller and Quadcrusher are generally larger, so should be easy to deal damage to with an assault rifle. Rack up 200 damage to a vehicle when you see an opponent riding around in one and you’ll pop this challenge.

The same list of vehicles applies above for the next challenge which tasks you with using two different vehicles in a single match. Again, we advise hopping into a Team Rumble game and heading to the hill just south of Neo Tilted to quickly grab a hoverboard. Then, it’s simply a case of heading to any of the pirate camp locations, hopping in a cannon, and you’ve completed this nice and easy.

Eliminating opponents in The Block or Fatal Fields is another self-explanatory one. As always, we advise heading to one of these locations and seeking out a floor weapon rather than a chest. Chests are often fiercely competed for, so this way you can nab a weapon and pick off players frantically looking for a chest or weapon. It’s easy eliminations!

That’s everything you need to know to complete all Fortnite week 6 challenges in Season 9. For more tips, tricks, and guides on the current season, be sure to check out our ever-expanding Season 9 guide wiki. We’ve included some guides for last week’s challenges down below, too, in case you’ve been struggling to polish them off.