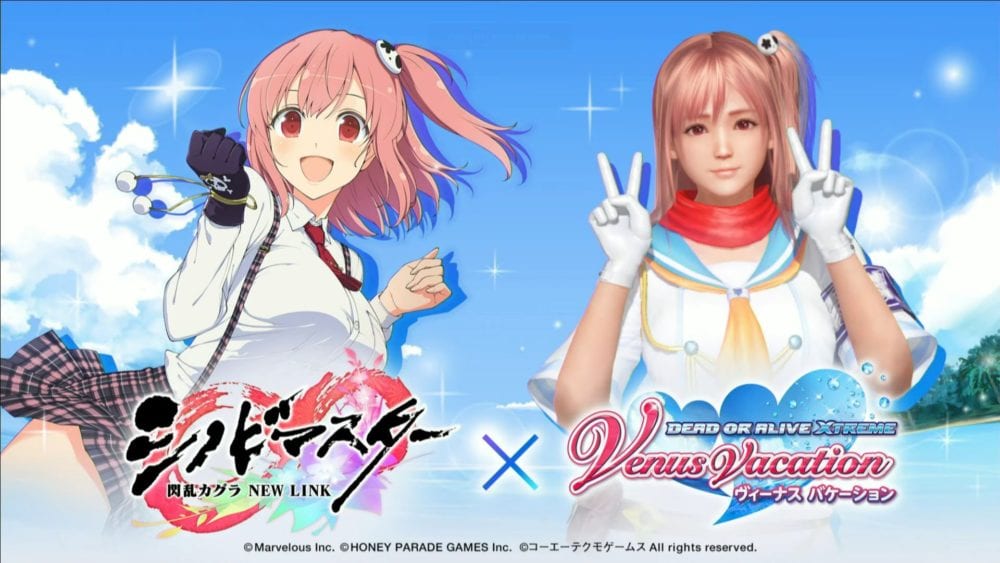 The details came by way of a livestream featuring the voice actresses of Marie Rose and Honoka, and we get to see the main visual of the event, which you can enjoy above.

On top of that, we learn that Honoka will appear in Shinobi Master Senran Kagura: New Link as a playable character, while themed costumes will be made available in Dead or Alive Xtreme: Venus Vacation.

The events still don’t have a precise launch date.

On top of that, as it has become pretty much a tradition for this kind of livestream, the voice actresses in attendance engaged into a real-life gacha drawing a bunch of freebies that will be distributed to players. Those include a June SSR Ticket, a normal SSR ticket, two SSR coupons, 5 VIP coins, 2 sushi sets, 1 dessert, 1 cocktail, and a set of three costume limit break crystals.

The June SSR Ticket is, as usual, the juiciest freebie, as it lets you draw a guaranteed SSR costume from a pool including all the girls (besides newcomer Kanna) and some of their more recent outfits. You can see what they look like below.

Lastly, a new set of outfits that you can “pull” has been announced. You can check out the trailer here, but do keep in mind that it’s not really safe for work. They’ll be implemented with tomorrow’s update.

If you’re unfamiliar with Dead or Alive Xtreme: Venus Vacation, it’s a free-to-play version of Dead or Alive Xtreme, available for PC and recently released on Steam with English support. Do keep in mind that the content of this article is related to the Japanese version because the English one is behind by about a year in content.