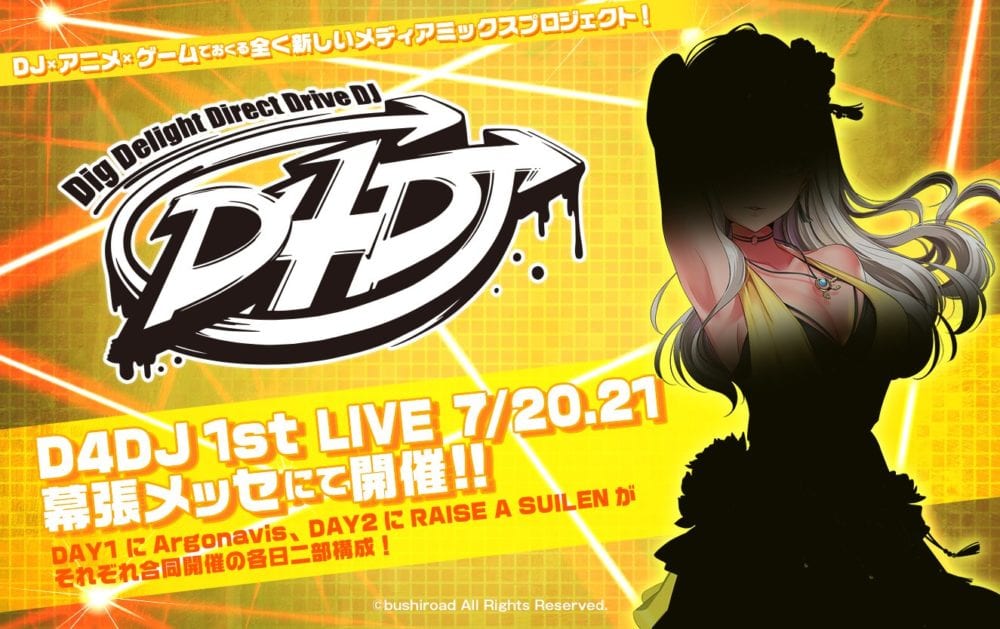 Bushiroad is continuing to tease the upcoming cross-media franchise D4DJ, which will include a game, an anime series, and live concerts. In order to do so, they’re showing glimpses of the girls who will appear in the game.

Six new girls were showcased with partly obscured images, but they’re clear enough to get an idea of their looks.

They complete the DJ unit showcased a while ago, and present a completely new one. Interestingly, one of the girls could be mistaken for a boy, but increasing the brightness of the picture appears to reveal clearly female facial traits, so she’s likely just boyish, which isn’t a new or surprising trope.

As mentioned above, D4DJ will be a cross-media franchise including video game, an anime series, and live concerts.  The name stands for “Dig Delight Direct Drive DJ” and will be presented with a two-day live concert event with BanG Dream! bands RAISE A SUILEN and Argonavis on July 20 and July 21 at the Makuhari Messe venue in Chiba, near Tokyo (the same place where Tokyo Game Show is usually hosted).

Below you can also see a video digest of a recent live concert hosted in Japan, to give you a taste of the music you can expect from the franchise. If you want to see more, you can check out the previous character reveal from a few weeks ago.