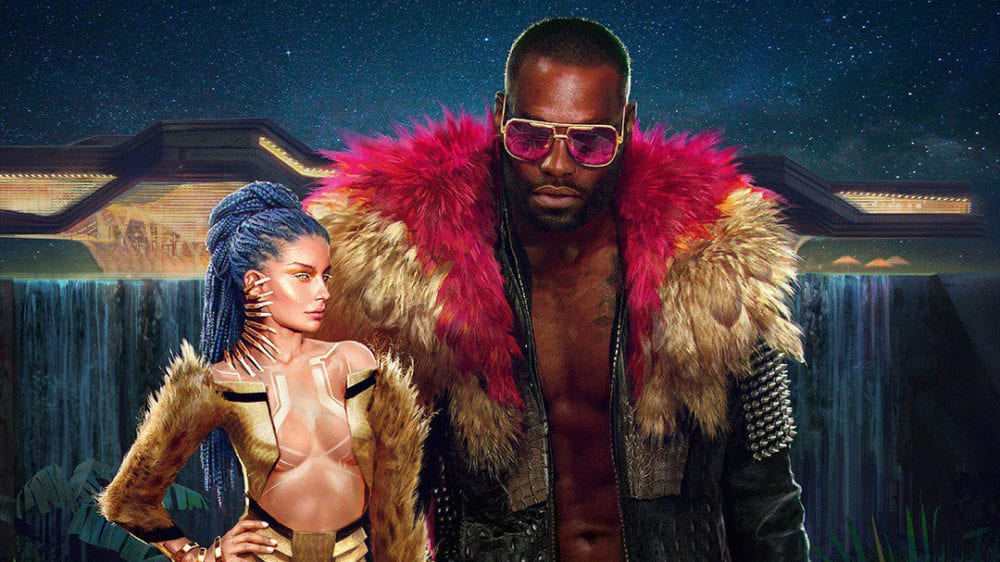 CD Projekt RED has been releasing a series of images showcasing the characters of Cyberpunk 2077 and their style.

Entropism is described as “necessity over style.”

The look of poverty that derives from humans grappling with and struggling against technology and its unforgiving advance. It denotes a lack of design blending with a general poverty of means and ideas.

“The look of a long lost golden age on people entirely unwilling or unable to forget it. It’s flashy, bold and usually cheap – filled with gold-plated cyberware, implants encased in brightly colored plastic and larger-than-life makeup.”

Neomilitarism is “substance over style.”

“The look of global conflict and corporations jockeying for power. Cold, sharp and modern. Making everyone look as if they are ready to drop out of an AV’s cargo door and head straight into combat.”

Neokitsch portrays the joining of “style and substance.”

On top of that, we also get more art created in collaboration with Spanish Artist Josan “Death Burger” González portraying the gangs that will appear in the game.

If you want to learn more about Cyberpunk 2077, you can read how character creation can impact the story, every way V can kill someone, and, if you prefer peaceful means, how you can play the whole game without slaughtering anyone.

Luckily, you don’t have to wait too long to see the brand new gameplay demo for yourself, as it’s going to be publicly showcased around PAX West.

You can also check out the trailer released a few days ago showcasing plenty of cinematics and the participation of Keanu Reeves as part of the cast, alongside a brief gameplay teaser.