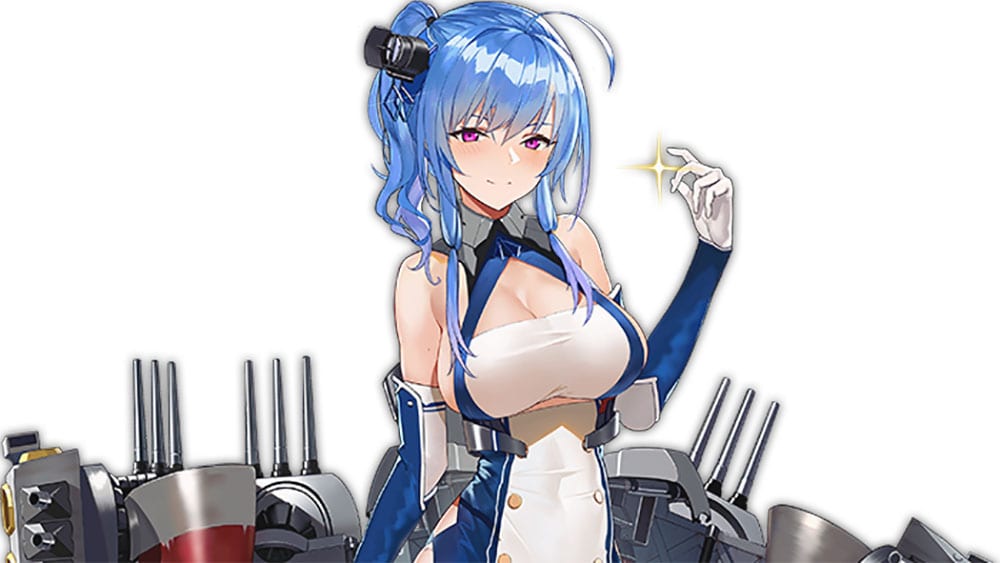 Today Compile Heart updated the official website of its upcoming game Azur Lane: Crosswave, including the reveal of three shipgirls and plenty of new screenshots.

First of all, we learn that St. Louis, the super-cold Shiranui, and the headpat magnet Akashi will appear in the game. As usual, by clicking on the link for each shipgirl and on the “Voice” button you can listen to their voice samples.

We also get a lot of screenshots and info on the combat system, which is inspired by the original mobile game. Each stage will involve defeating a number of enemies followed by a boss.

The movement speed will depend on the characters you use. The camera is controlled by the right stick the center of the screen, there is a circle called “Lock On Area.” By placing that on the enemies, you’ll be able to hit them (duh!). The up and down direction keys let you zoom in and out freely.

Destroyers can dash as many times as you want and that offers a few frames of invincibility. On the other hand, battleships can guard by pressing X. Damage will be halved while guarding. You can perform a just  guard by hutting the button exactly when you’re hit, negating the damage entirely.

Firing is done with R1 and R2. Power and ballistics depend on the weapons equipped. Some attacks have a cooldown and require the dedicated gauge to fill up over time.

Carriers can launch aircraft. Fighters are launched automatically and intercept enemy aircraft. Bombers and Attack Aircraft are launched manually. The former are powerful but vulnerable to enemy fighters. The latter are more balanced.

Pressing square lets you use a skill. Those cannot be changed and are preset for each shipgirl, but they can be upgraded.

By getting closer to enemy ships you can deal more damage, but you’ll also receive more. Anti-aircraft guns will fire automatically, but you can aim them manually if you prefer.

By pressing left or right you can change freely between characters in your fleet. You can do so at any time, without any limits.

Sinking an enemy shipgirl can drop a recovery cube that will affect all the members of your fleet in the area of effect. You can also use the pause menu to take a breather, retry the stage, or quit to the main menu.

Recovery cubes can also be dropped by aircraft and suicide boats, which will charge your shipgirls in their suicide runs. Normal enemies will attack with artillery and torpedos, and attacking them can drop equipment boxes.

You can check out all the images below. If you want to see more of the game, you can also enjoy the latest reveal of Hood, Yorktown, and Helena.

We also semi-recently saw the announcement of Atago, Takao, Enterprise, Columbia, Saratoga, and Cleveland, that for Hood, Yamashiro, Yukikaze, Unicorn, and Long Island, the unveiling of Bismark, Ark Royal, San Diego, and Hamman, the reveal of Vestal, more screenshots and another shipgirl reveal, more images and gameplay details, the latest trailer,  additional images showing newcomers Suruga and Shimakaze, and the trailer that revealed them.