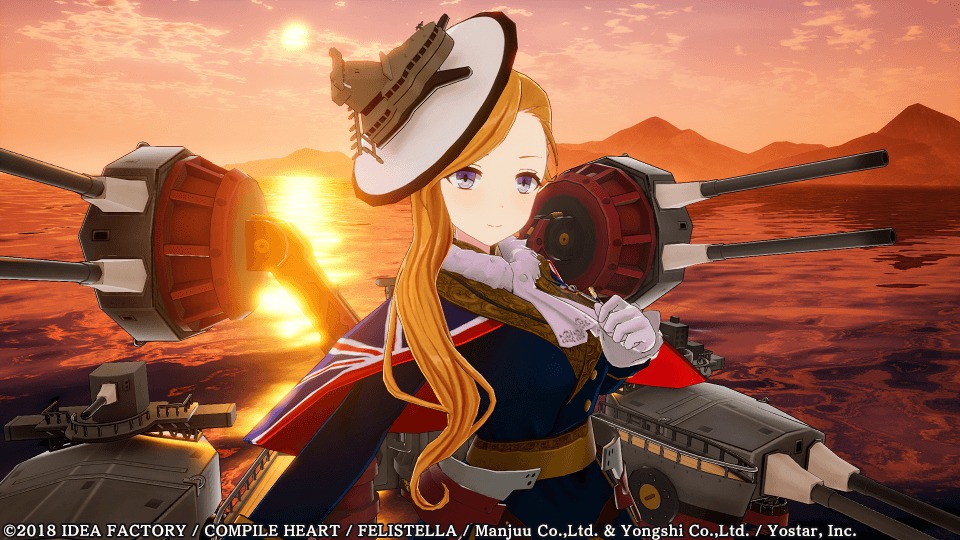 First of all, we get the reveal of five new shipgirls, Hood, Yamashiro, Yukikaze, Unicorn, and Long Island.

We also get to see the modes included in the game, which has a rather rich feature list.

First of all, we get the story mode, supervised by the original Azur Lane creators at Yostar. Players can aim for the ending while collecting shipgirls and equipment. Battles have to be fought along the way, and organizing your fleet well is important if you set the difficulty to high.

Stages that have been cleared once can be challenged again as many times as you want, allowing you to easily collect experience and equipment for each character.

Conversation events that have already been viewed can be skipped automatically.

The story also includes sub-events focusing on other characters in addition to the protagonists Shimakaze and Suruga, allowing the player to find out what happens behind the scenes. The color of the icon on the map indicates the type of event.

In the Shop, you’ll find familiar characters and you can buy and sell items, develop them using blueprints, and exchange points for rewards. It includes new equipment created for this game.

At the Dock, you can check every shipgirl’s status, while the depot lets you take a look at your stockpile of items.

The Gallery lets you review events, check out illustrations, and listen to music tracks. You can also find your stats like the number of defeated enemies.

There is a rather extensive options menu that lets you set the difficulty at any time. It doesn’t affect the ending of the story or rewards, so you can change it without concerns.

The Battle mode lets you fight against other fleets, including special fleets unlocked under certain conditions.

The Photo Mode lets you freely select the stage and the shipgirls portrayed, change their poses, expressions, and animations to reproduce your favorite scenes.

Episode mode includes over 50 events focusing on specific ships that are unlocked when they are added to your fleet.

You can check out the screenshots below. If you’d like to see more, you can also enjoy the previous Shipgirl reveal.