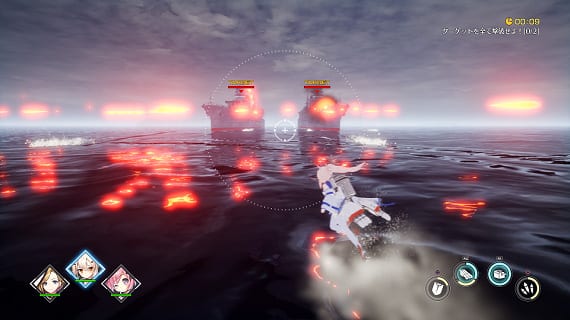 First of all, we get the unveiling of Helena, Hornet, and Yorktown. As usual, by clicking on the link for each shipgirl and on the “Voice” button you can listen to their voice samples.

Looks like we’ll be able to launch our very own Doolittle raid in the game as it’s done in the original mobile title.

On top of that, we also take a look at quite a few new screenshots, including the ability to change “Operation type” (likely linked to the controls).  A type is associated to Hornet, B to Yorktown, and C to the ultra-lethal damage-monster carrier Enterprise. At the moment we don’t know what this means.

You can check out all the images below. If you want to see more of the game, you can also enjoy the reveal of Atago, Takao, Enterprise, Columbia, Saratoga, and Cleveland, that for Hood, Yamashiro, Yukikaze, Unicorn, and Long Island, the unveiling of Bismark, Ark Royal, San Diego, and Hamman, the reveal of Vestal, more screenshots and another shipgirl reveal, more images and gameplay details, the latest trailer,  additional images showing newcomers Suruga and Shimakaze, and the trailer that revealed them.