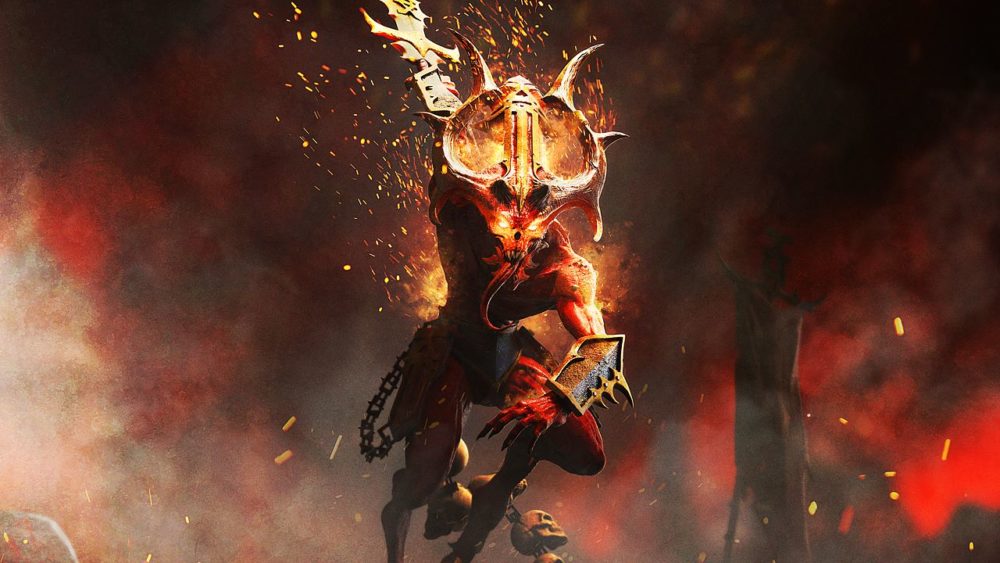 Today Warhammer: Chaosbane released a short featurette for the upcoming hack-and-slash dungeon crawler, giving us a peek at some of the behind the scenes work on the game’s bestiary.

From Eko Software and Bigben Interactive, Warhammer: Chaosbane is based on the sprawling fantasy tabletop game of Warhammer and set in a bleak world ravaged by darkness. You can play single-player or co-op with up to four others, local and online, as you rise up to fend off the Chaos hordes.

The game is a fairly stripped-back portrayal of the Warhammer fantasy world, focusing mostly on Chaos, but still gives players a selection of four classic classes to play as – human, high elf, wood elf, and dwarf.

You can watch the featurette down below, in which creative director Eric Chantreau talks about decision to narrow the universe down to the Chaos daemons:

“The Warhammer universe is massive, so we obviously couldn’t put everything into a single game. We therefore had to choose what to include, and we quickly focused on Chaos with its four gods, its unique characters, the bestiary, the colors, etc.”

Fans of Warhammer will already know that the four divisions of Chaos and their respective gods(Tzeench the Changer of Ways, Nurgle the Plaguefather, Slaanesh the Dark Prince, and the Blood God Khorne) are very distinctive in design, color, and mechanics. Lead game designer Franck Delfortrie talks about the importance of staying loyal to the source material when creating the action RPG:

“Above all we needed to be very faithful to the franchise, so we could work with enemies who are already in the game and who have some interesting skills.”

We get a look at some of these enemies and their designs in the featurette, from more minor creatures like Pink Horrors and swarming Nurglings to the impressive Greater Daemons.

This featurette is the latest behind the scenes video from the game, whose YouTube channel features recent class spotlights and AMAs as they gear up for the game’s Summer release. Reactions based on the game’s beta so far have been positive and many have already compared it to Diablo and Path of Exile.

Warhammer: Chaosbane will launch on June 4 on PC, PS4, and Xbox One.