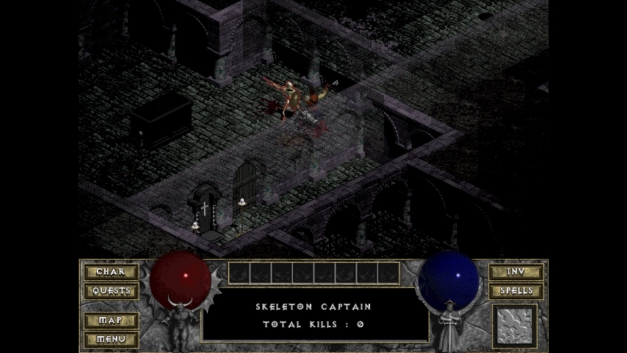 The 1996 action role-playing dungeon crawler Diablo is now available to purchase digitally for the first time exclusively through the GOG.com marketplace.

Blizzard Entertainment announced the classic PC title will come in two versions. The first version is the original, unchanged version of Diablo that will be able to connect to Blizzard’s Battle.net service for multiplayer.

The other is a GOG-enhanced version that includes Windows 10 compatibility, high-resolution support, minor audio fixes, and bug fixes. The enhanced version does not include support for Battle.net.

Diablo is now available DRM-free through GOG.com for $9.99 in English only. Blizzard said in the announcement that the game will not be “for sale or download through the Battle.net App.”

The company also announced that several of its other Diablo and classic titles will or will not be coming to the GOG.com service. Blizzard said that it had no plans to release the game’s expansion pack Diablo: Hellfire to GOG.com, while Diablo II and Diablo II: Lord of Destruction are available to buy through the Battle.net shop but the studio had “no additional announcements at this time.”

Blizzard will be partnering with GOG.com to release the real-time strategy games Warcraft: Orcs and Humans and Warcraft II. The company plans to reveal more “at a later date.”

GOG.com will be the first digital marketplace to offer Blizzard’s games other than the company’s own Battle.net shop. Humble did offer Overwatch through its Humble Monthly subscription service last September, but has never sold it or other Blizzard titles in its store or bundles.