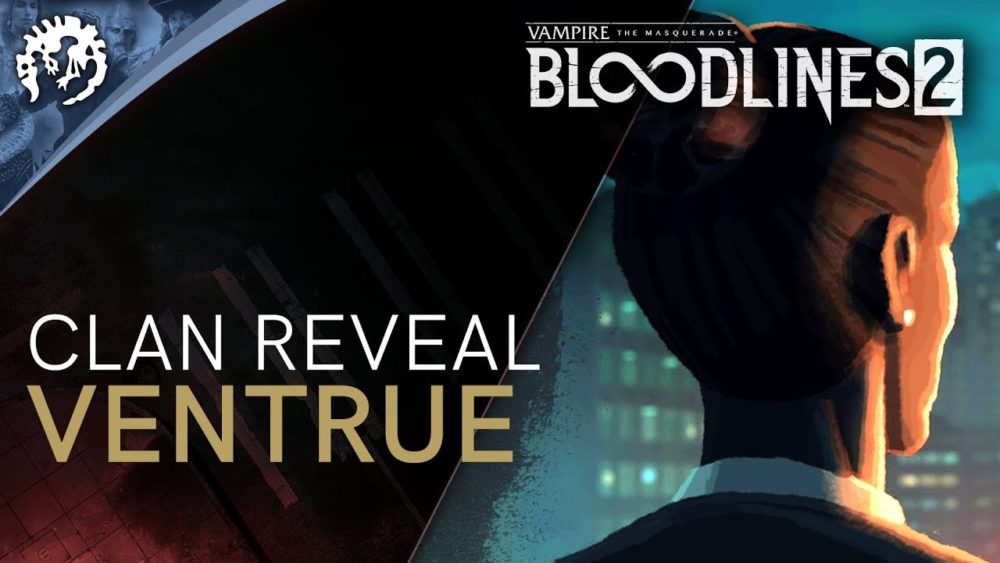 Paradox Interactive continues its rollout of story trailers in the build-up to Vampire: The Masquerade Bloodlines 2, and this time we’re introduced to clan Ventrue in another brilliantly animated clip. There’s also an accompanying in-depth discussion video detailing more about the Clan’s backstory and how they function within Bloodlines 2.

Clan Ventrue is described as a clan that’s been shrewd in its capitalization of Seattle’s industrial boom.

“As more and more billion-dollar corporations shape the local and global landscape, enterprising Ventrue have entrenched themselves in the businesses of the 21st century, paving the way for a prosperous future for their clan… and making enemies of the residents who preferred the way things used to be.”

“Kings and kingmakers, the Ventrue claim the wisdom, restraint, and control to rule. Of course, not everyone loves this assertiveness, yet there are few who don’t fear the powers of the Patricians.”

For players who choose to ally themselves with clan Ventrue, they’ll gain access to two of their Disciplines in addition to their Thinblood powers.

The powers revolve around the ability to mesmerize people –putting them into a trance and controlling their minds. In combat, Ventrue allied players will have the ability to absorb damage and should be able to outlast most enemies in the game when played effectively.

You can find out the full list of abilities below:

“Guardians of the Masquerade and Princes of uncounted cities, it runs in the Ventrues’ blood to be obeyed. Their signature Discipline allows them to Dominate the actions and memories of others.”

Using Dominate powers will not a Masquerade violation in Bloodlines 2.

“Few things truly worry the vampire who masters Fortitude, the Discipline of physical resilience. After all, why fear the battle when you are certain to outlast your foe?”

Allowing a mortal to witness your Fortitude under attack is a Masquerade Violation.

If you’re interested in more discussion on Clan Ventrue from the developers themselves, check out the below discussion video hosted by two of the game’s developers, including senior product manager Florian Schwarzer:

Vampire: The Masquerade Bloodlines 2 is due to release in 2020, though no firm window has yet been revealed. The game is available for pre-order via Steam and GOG.

Check out the previous story trailers for clans Toreador, Brujah, and Tremere if you missed them.