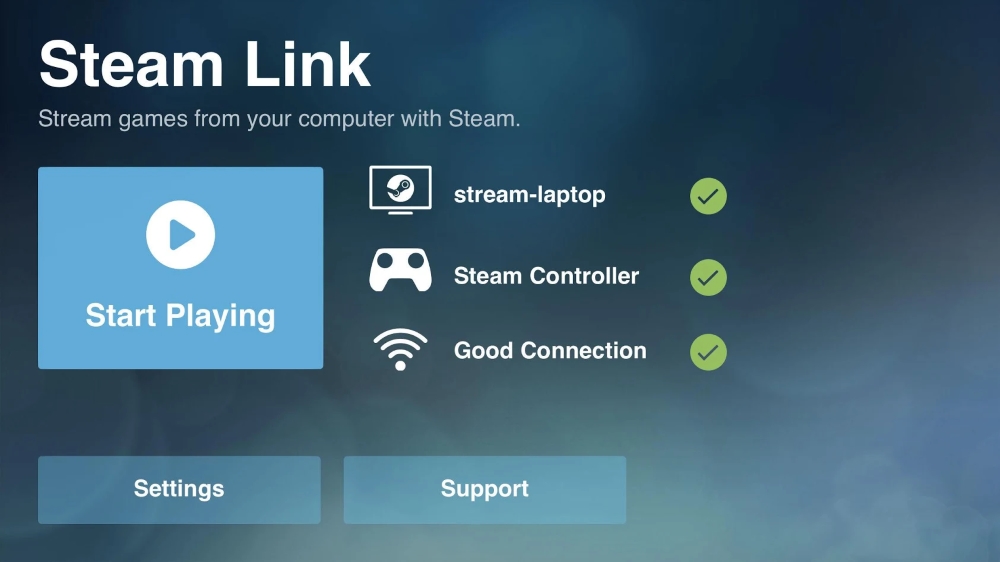 While the app had been available for Android devices and select Samsung smart televisions since last year, the iOS version had been pulled from the App Store and required Valve to submit a new version which removed any links to the Steam Store.

The free app works with iPhone, iPad, and Apple TV and requires iOS 11.0 or later, though Valve’s description says iOS 10 or higher. Steam or MFI controllers can be paired with the iOS devices to play games with.

Streaming games requires a PC, Mac, or Linux computer that can run Steam and is connected to the same local network as the iOS device. Valve recommends a wired connection between the computer and 5Ghz WiFi router while keeping the iOS device “within a reasonable range” to the router for the best performance.

Despite discontinuing the Steam link hardware late last year, Valve has committed to support the device and the software on other platforms. While the Steam Link app currently allows streaming games through the same local network between devices, the company is testing streaming PC games from anywhere with a beta build released last March.