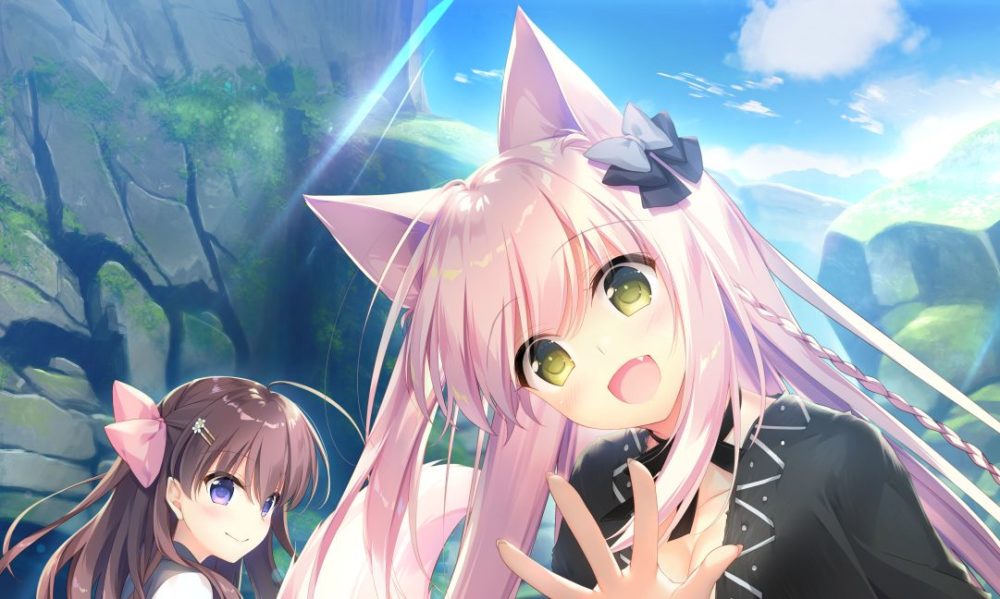 Popular visual novel publisher Sekai Project was in attendance at Anime Central, and brought the announcement of three new games that will be released on Steam down the line.

We’re getting Winter Polaris by Stage-nana, Sanarara R by Nekoneko Soft, and How to Raise a Wolf Girl by Sweet & Tea.

Below you can check out trailers and read official descriptions directly from Sekai Project’s press release.

Do keep in mind that the trailers include a certain amount of fanservice, so if you’re not into that, don’t press “play.”

Winter Polaris is the latest title from Stage-nana, and tells two intertwined stories.

In one story, a man is living in Tokyo as a mysterious disease rapidly spreads across the world. People with the disease seem to suddenly die and then disappear into thin air, leaving behind only their clothing. As the days and months go by, the man seems to left behind in a world empty of all humans. Until one winter day, he meets a strange girl wearing goth-loli clothing named Tsubaki who claims to be an immortal.

The other story is set on the sunny beaches of a small island. A young courier named Elena rescues a young woman drifting in the ocean after a storm. The woman, Mary, is clutching a glass bottle made with technology neither recognize. That mystery sets the two off on a sea journey to the ends of the Earth in search of the people who created the bottle.

Winter Polaris is the 41st project by Stage-nana, the prolific developer of titles such as the Narcissu series and Ame no Marginal. The game features 3 voiced heroines and is suitable for all ages. The game is planned for a Summer 2019 release.

One day, I was approached by a girl I didn’t recognize.
She told me that she could grant any wish I desired but…

This unreliable girl can do that?
While I stood in disbelief, she began to explain how it worked.
After the explanation, while I didn’t believe it all, I’ll admit that she was different from others.

Sanarara R a compilation of seven interconnected stories where the characters explore how their lives would change if they were allowed a chance to have their one deepest wish granted.

Sanarara R is a “renewal” version of Sanarara which originally came out in 2005 and contains a new heroine as well as extra scenarios that were featured on previously released fan discs. The game is also updated from 4:3 to a 16:9 resolution. Sanarara R is currently slated for a 2019 Q3 release.

How to Raise a Wolf Girl

Kousaka Shuuji is a student who lives. in the countryside. One day, he finds a mysterious girl in the mountains but what made her truly mysterious was that she had animal ears and a tail as well. More than ten years ago, the girl was “spirited away” in the mountains and was a shell of her former self. This mysterious girl, Iroha, didn’t know how she lived her life prior to that. Having forgotten how to converse and lacking in human common sense, she’s a handful for Shuuji but he finds himself enamored by her innocence.

However, the world is not always a friendly place and her lost time will never be restored. Alongside the present situation Iroha is put in, an uncertain future awaits Iroha. Faced with this situation, one thought immediately surfaces in Shuuji’s mind.

Why is it I wonder? This feeling of wanting to protect you…
Like the thawing of the winter cold, time that was once frozen has begun to move.

How to Raise a Wolf Girl is the 2nd title from developer Sweet & Tea and features the beautiful character designs by artist Motomiya Mitsuki and opening song by anime and video game veteran singer, Misato Aki. This is the first title by the developer to be published by Sekai Project and is slated for a Q4 2019 release.

The Witch’s Love Diary has concluded the QA phase and has been sent to Valve for approval. This step could take one month or longer.

Ninja Girl and the Mysterious Army of Urban Legend Monsters ~Hunt of the Headless Horseman~ is nearly complete and should come in late June.

M.A.S.S. Builder is being developed following the successful Kickstarter campaign, and an early access demo on Steam should come in Q4 2019.

NEKO-NIN exHeart 3’s translation is now 70% complete. No release window has been provided just yet.