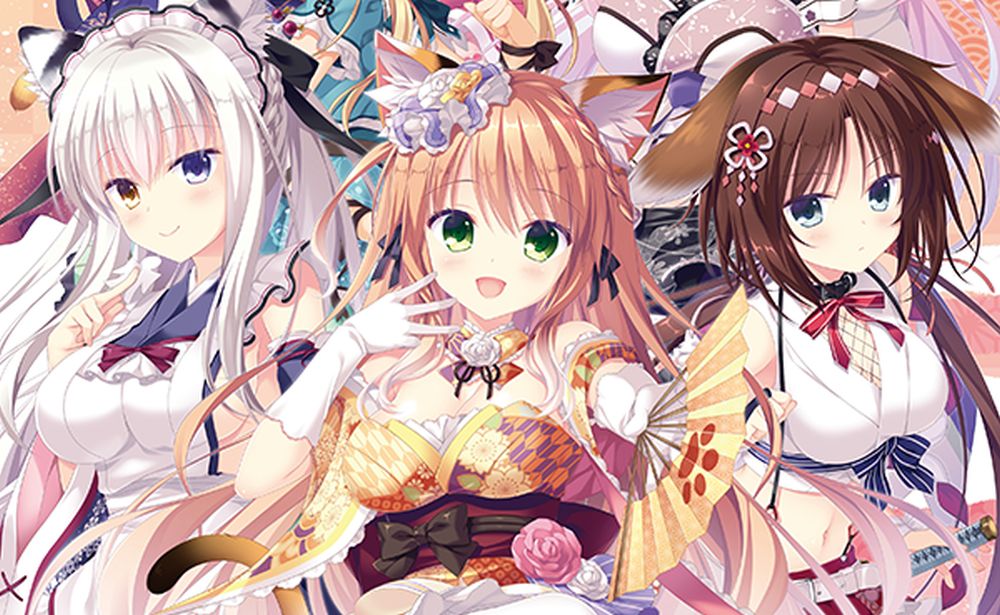 Today visual novel publisher Sekai Project was in attendance at Sakuracon and made quite a few announcements related to its upcoming games.

We also get the introduction of three new girls: Himari Saiga, Shino Nekozuka, and Shana Ishikawa.

Ninja Girl and the Mysterious Army of Urban Legend Monsters ~Hunt of the Headless Horseman~ also got a release date, and it’s coming on June 27th on Steam. It’s actually one day earlier than previously planned.

Last, but not least, Exogenesis ~Perils of Rebirth~ is now available on Steam Early Access (even if the full release is “almost here”). You can find it here and below you can read an official description:

Two years later, Yu comes across a startling discovery. The mythical Noah’s Ark, borne of legend by those who believe the Old World can be restored, turns out to be real.

Yu learns about the existence of the Lazarus Protocol inside Noah’s Ark – a system that can recreate anything from the past – and goes on a search for the Ark, believing Miho can be brought back to life.

Before setting out to find the Ark, however, Yu must reunite the now defunct Durchhalten. The group had disbanded after the tragic incident, and he wants everyone to be there when Miho opens her eyes once more.”

You can find several images of Exogenesis ~Perils of Rebirth~ below, and find more in the tweets below.

First we have a release date for NEKO-NIN exHeart 2 Love +PLUS! Look forward to it hitting Steam on April 26th and hit that wishlist button!https://t.co/ixRfiRVdB7

And time to reveal secret project three…!
NEKO-NIN exHeart 3 is coming soon and it’s 50% translated! We’re going to introduce you to the three new girls since most of you should already know the rest of the cast by now! pic.twitter.com/rbLm61bFQu

Introducing Saiga Himari!
A posh girl who comes to crash at the Houjou household. Despite saying any and everything is “quite exquisite,” her actions are… anything but. Flusters easily and swoons for kemono-mimi, she comes with two mysterious retainers. (1/2) pic.twitter.com/cisgUAOYKa

Introducing Nekozuka Shino!
A self-proclaimed “cat ninja” who is a member of the Satomi Hachi-nyan Ninjas (Ritsu’s group.) While her intended place is by Haruki’s side, she’s seen by Himari’s side. Cold and stoic… at a glance, but really a shy girl who needs TLC. (1/2) pic.twitter.com/BQ5VqNchZL

And the last new girl is Ishikawa Shana!
The tiger-eared maid who is a mix of distinguished maturity and sardonic youth. Kind and gentle characteristics off-set her deadpan sense of humor, making her probably the hardest of the girls to figure out. (1/2) pic.twitter.com/qi08Rp0wS4

On the topic of ninja girls… Ninja Girl and the Mysterious Army of Urban Legend Monsters ~Hunt of the Headless Horseman~ is planned to release June 27th on Steam! pic.twitter.com/N7rtQx3EM0

And lastly we just released Exogenesis ~Perils of Rebirth~ on Steam in Early Access! It’s been a long road but we’re almost there to the full release! https://t.co/0CJJp1oe3v pic.twitter.com/KqR82QKtd6

If you want to learn more about Sekai Project’s current localization, you can check out the previous updates they provided a few days ago.