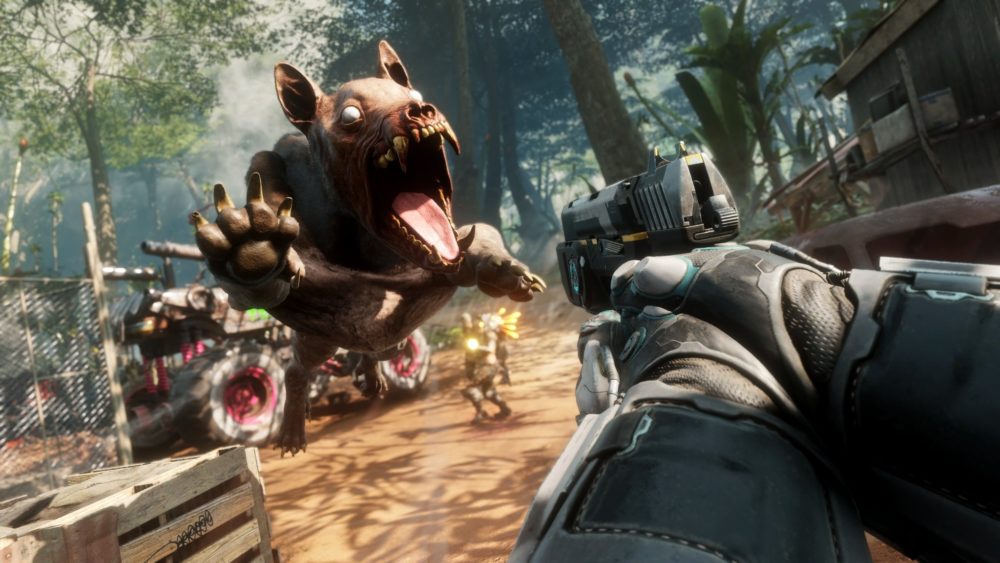 Bethesda just announced that Rage 2 has officially gone gold ahead of its release later this month. Additionally, the publisher has also revealed the game’s resolution, frames per second, and PC settings.

For standard PS4 owners, Rage 2 will run at 1080p with a framerate cap of 30 FPS. Pro players are also able to play the game at 1080p, but the framerate will be increased to 60 FPS.

X owners will also be able to run Rage 2 at 1080p with a 60 FPS framerate cap, but regular Xbox One systems will only get the title up to a 900p resolution running at 30 FPS.

Unsurprisingly, PC players will be able to run the game at their system’s max resolution with an uncapped framerate. Below you can find the recommended and minimum PC settings listed by Bethesda in their news post about Rage 2 going gold:

As is usually the case, it seems like the PC is the ideal place to play Rage 2, but the developers seem to have done a good job providing a quality experience that favors framerate for the many console players out there.

If you want to read the Bethesda news post, you can do so here. For more on Rage 2, be sure to check out our coverage of the game’s pre-order and deluxe edition bonuses, PAX East preview, and pre-beta gameplay.