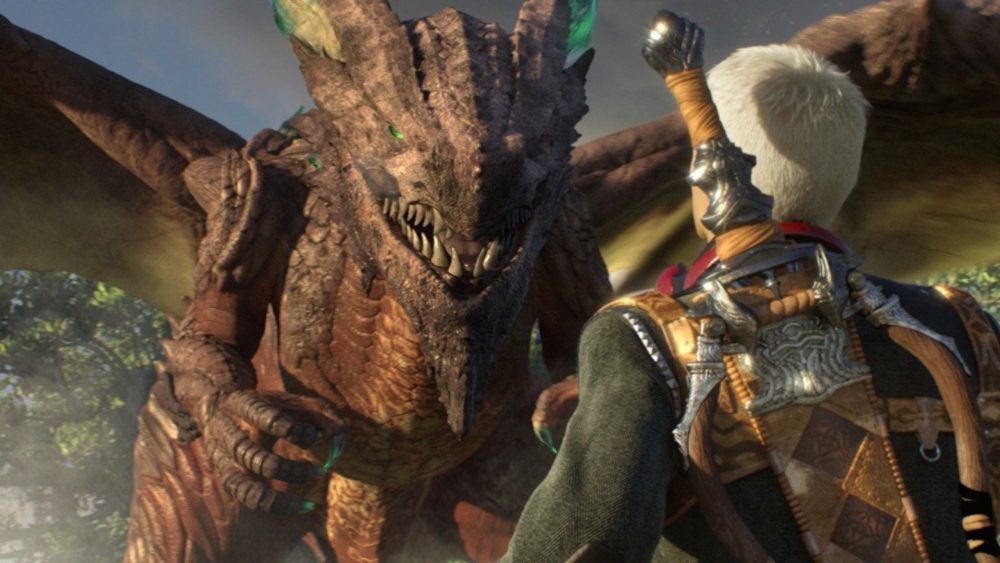 In a recent interview with VGC, Platinum Games studio head Atsushi Inaba shed some light on the ill-fated Scalebound project, which was canceled back in 2017. Specifically, he detailed how difficult it was “watching fans get angry at Microsoft,” and spoke to the possibility of a Scalebound revival on Nintendo Switch.

When Microsoft announced that Platinum Games’ Scalebound was canceled back in early 2017, it didn’t go down too well. More than just the loss of a high-profile RPG to the Xbox One library, only a year earlier the publisher it had shutdown Fable studio Lionshead. All this at a time when the console was in need of quality exclusive games.

It wasn’t a good look for Microsoft, and fans were vocal in their disappointment –many of whom presumably believed that executive decisions at Microsoft were to blame for the decision to cancel Scalebound.

But Platinum Games studio head Atsushi Inaba insists that was neither fair or accurate, concluding that both publisher and developer shared the blame equally.

“Watching fans getting angry at Microsoft over the cancellation wasn’t easy for us to watch. Because the reality is, when any game in development can’t get released it’s because both sides failed.

Optimistic Scalebound fans had been hoping that the game might find a new home on Nintendo Switch, but Inaba squashed any possibility of that occurrence when he confirmed that Microsoft, not Platinum Games, owns the Scalebound IP. He has not heard anything suggesting that Microsoft has any interest in reviving the project moving forward.

On the bright side, Inaba does believe the disappointment of having a four-year-long project on a high-profile game release has made Platinum Games a better studio.

“At the bare minimum, it’s unique for us as a title in so much as we feel that we didn’t do all of the things that we needed to do as a developer,” he said. “There were a lot of painful lessons, but that helped us grow as a studio.

“We obviously can’t go into details about it, because there are rules of engagement as a developer. We want to make sure that the publisher who gave us a chance to make a game in the first place isn’t treated poorly.

“The truth is, we don’t like to see Microsoft take the brunt of the fan ire because game development is hard and both sides learned lessons, for sure.”

In response to whether Platinum Games jumped the gun in announcing Scalebound too early, Inaba said “maybe,” but he doesn’t believe the experience had any bearing on Platinum’s decision to move towards self-publishing with its two new in-development game IPs.

“No, I wouldn’t say our experience with Scalebound influenced us to go towards self-publishing,” Inaba said. “Quite frankly, the reality is that we’ve had plenty of titles canceled in the past: that’s part and parcel of what comes with making video games.”

Platinum Games is working on two upcoming projects yet to be announced –one of which Inaba describes as something that’s “never been done before.” The studio has previously described its 2019 plans as a “really intense year.”