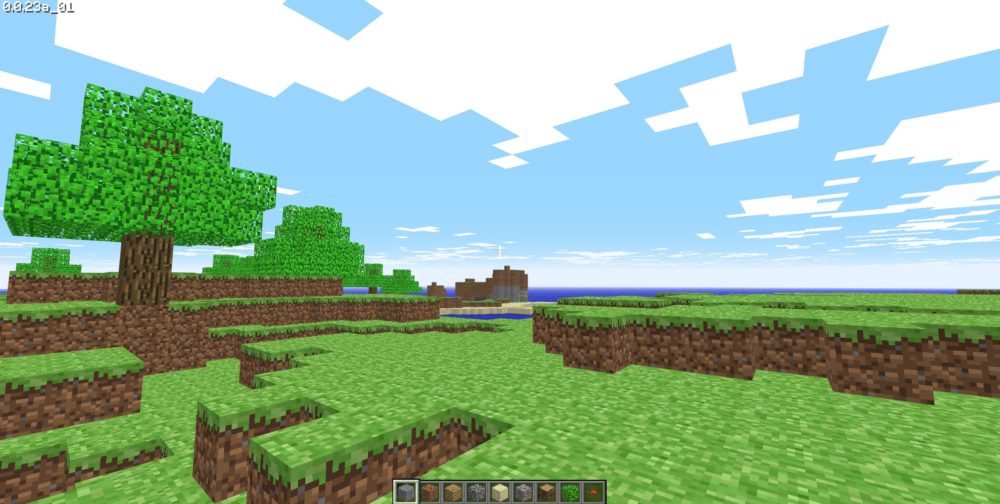 To celebrate a decade of success, Minecraft is once again available to play in its original alpha version state.

As part of the game’s 10-year anniversary celebration, developer Mojang announced today that you can now play “Classic” Minecraft for free in your web browser. This early version contains only the bedrock of what ended up turning into one of the best selling games of all time, but it’s worth digging into if only to wonder “how it ever got so popular”.

The Classic edition of Minecraft includes Creative Mode only and no enemies or mobs. But, as Mojang adds, there are “all of the original beloved bugs and just 32 blocks to work with (and the majority of them are dyed wool).”

After trying it out in Chrome, the game is definitely a bit janky and bug-filled, but it does successfully deliver a healthy dose of nostalgia. Apparently, a lot of optimization went into the final product, as the framerate in the Classic version can get pretty low at times, even when playing on a well-equipped PC.

As we learned in Microsoft’s opening keynote at the Build developers conference, there are more anniversary festivities yet to arrive. A teaser for some sort of combination of Minecraft and augmented reality (think Pokemon GO) was dropped on Monday, and more details are promised to come on May 17th (the day “Notch” first debuted Minecraft in 2009).

Speaking of Notch (AKA Markus Persson), he’s been excluded from Minecraft’s 10-year anniversary plans. After selling the game he created for $2.5 Billion and earning what he called “fuck-you money”, Notch has made public comments and opinions that “do not reflect those of Microsoft or Mojang and are not representative of ‘Minecraft,” according to a Microsoft spokesperson.

Go for a dig down memory lane in the Minecraft Classic browser edition.