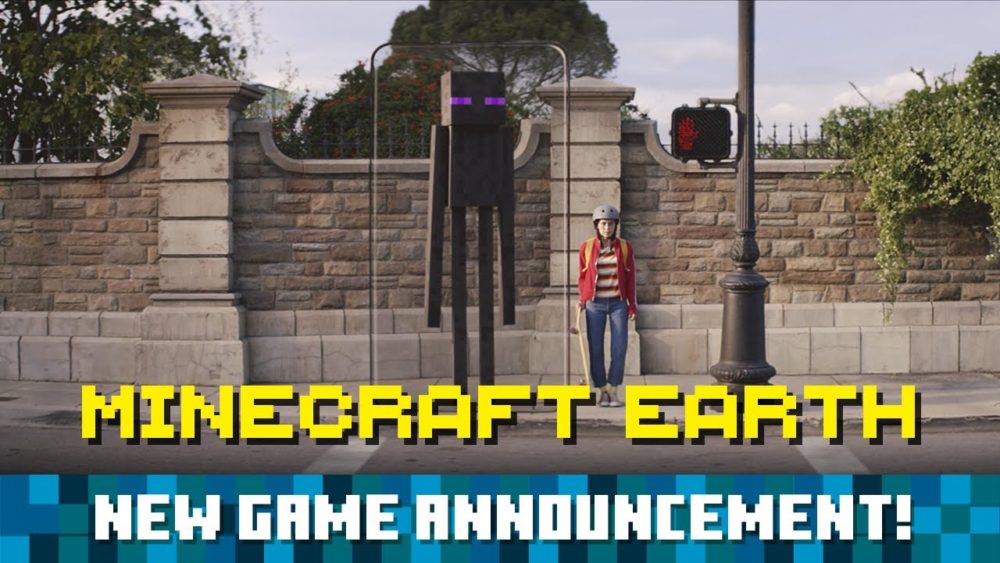 As part of the IP’s 10-year anniversary celebrations, the next evolution of Minecraft has been revealed today by Microsoft, and it’s coming to mobile devices. Called Minecraft Earth, the upcoming free-to-play game is set to bring the Minecraft experience to a massive install base of new players. But it’s most notable feature isn’t actually the platform it runs on but the augmented reality aspect of its design.

With Minecraft Earth, players won’t just be able to play around with their digital creations in a digital space but also project them onto real-life locations, too.

It’s the same technology used in Niantic’s hugely popular mobile title, Pokemon GO, and it promises to add a whole new dimension to the Minecraft experience that could see the game emerge as a similarly successful spin-off.

“Explore your neighborhood to find blocks and unique mobs for your builds. Once you have them, any flat surface is an opportunity to build. Team up with friends to create amazing builds on Build Plates, and then place them in the real world to explore at life-size.

You can even put your survival skills to the test and battle mobs IRL! Craft new items, breed mobs, grow crops –it’s Minecraft as you know it in a way you’ve never seen before.”

Microsoft makes special mention of the game’s use of Azure technology, which is how it’s facilitating its upcoming next-generation streaming platforms. For Minecraft Earth, Azure’s Spatial Anchors AR tracking and PlayFab integration are set to “bring the Minecraft Earth experience to life.”

There’s no firm release date or window yet for Minecraft Earth, but we’ll be keeping a close eye on the upcoming spin-off. You can check out the game’s official website for more information.

The 10-year anniversary celebrations kicked off earlier this month when Minecraft Classic was made free-to-play as a web browser experience, and we’ve recapped the game’s most defining moments over the past decade in our own feature.