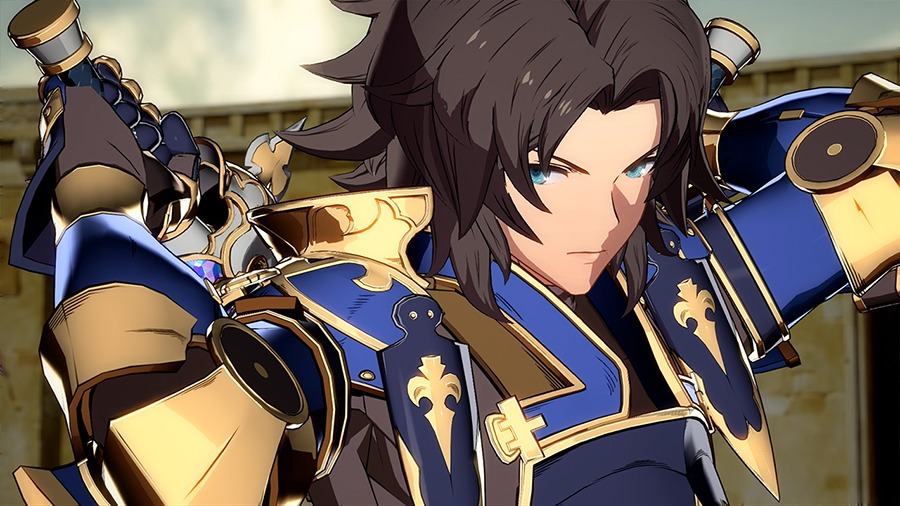 Fighting game fans who had originally signed up for the Granblue Fantasy Versus beta will get their chance to try out the exciting new anime fighter this week as Cygames has now started to roll out beta codes to lucky participants via email.

Also released today is a new player guide which helps getting started as well as details about the various systems, mechanics and modes for the beta client.

Next you will set your Player Name where you can follow the instructions to also set your region, area, lobby, avatar, and in-game battle character. Once you do all this, you may enter a lobby.

Once in the lobby you can player’s can walk up to any free arcade station seat and press X to sit down. Once another player sits next to you, press X in order to start the match with that player.

Also detailed is the lobby interface:

You can communicate with other players with set phrases, stickers and chat messages. Press triangle to open the Communication Menu and select what you want to post. The history of posts by you and other lobby members will be displayed on the chat log.

You can also choose between having your player name or PlayStation Online ID displayed during matches.

There will be a survey for players to fill out which you can access on the game’s main menu by either scanning a QR code or visiting the survey by opening a website page through the game.

Next we get an overview of the battle interface within the game:

The match format for the game is pretty standard, a player wins a round of they reduce their opponents HP to zero, and the first player to win two rounds wins the whole match. Each round has 99 seconds on the clock and when the time runs out the player with the higher amount of HP wins the round.

For the controls, you can view them below:

This is the default controller layout but players can change it to their liking by selecting the Button Configuration option in the Main Menu’s Customize option or in the online lobby’s pause menu.

In order to succeed in battle, players will find it useful to utilize these mechanics and tactics:

If it’s character specific move lists you’re after, we also got you covered:

The now closed beta test will run from May 31 to June 1 and is only available to people who had applied for a code earlier this month.

The specific times for the beta are as follows:

If you’d like to know more feel free to check out a recent trailer for the game or if you’d like to see some high level play by fighting game greats such as Daigo and Fuudo, we got you covered.