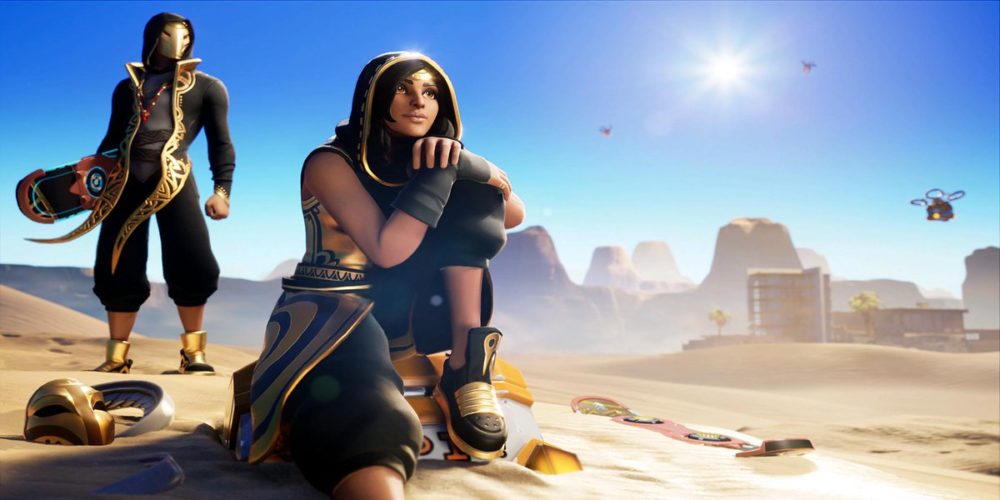 Another day, another Fortbyte. With 100 of these collectibles in the game, it’s more important now than ever to hop into Fortnite daily, especially if you’re after the elusive Utopia Battle Star skin. If you’re struggling to find Fortbyte 79, worry not. Here’s where you can find the Fortnite Fortbyte 79 location within an arcade.

Introduced in Season 9 of Fortnite, Fortbytes are a new collectible to be found somewhere on the battle royale map. Each day, a new one is unlocked.

Upon collecting 90 of the 100 Fortbytes, players will unlock the Utopia Battle Star skin. Because of how awesome this skin in, you’re going to want to jump in daily to find a Fortbyte to ensure you reach 90 in time.

Where to Find Fortbyte 79 Within an Arcade — H6

Fortnite Fortbyte 79 is one of the easier collectibles to find because its hint makes finding it easy. The most prominent arcade on the map is in Mega Mall, which is located where Retail Row used to be.

To find this one, you need to head to the map quadrant H6 which is where the Mega Mall is located. So, with that in mind, jump off the battle bus and glide on over to Mega Mall. Come in from above and drop through the window ceiling.

Facing toward the parking lot of Mega Mall, you should spot a two-story arcade. Head to the lower floor of this arcade and behind the counter in the right corner, you should spot the Fortbyte you’re looking for.

To pick it up, press X on Xbox One, Square on PS4, Y on Switch and E on PC. This will allow you to interact with it and pick it up.

To see where this collectible is via video, check out Twitter user Fortnite News (@FNNBRHQ).

The video is below:

– Found within an Arcade! #Fortnite

That’s all you need to know to track down the Fortbyte 79 location found within an arcade.

We’ve also got helpful guides to track down Fortbyte 16 in a desert house with too many chairs, Fortbyte 7 if you’re struggling to find where to cuddle up inside a rocky umbrella and Fortbyte 74 if you’re looking for one found within a filing cabinet inside an assassin’s basement.